Flash and BlackBerry jobs on the decline 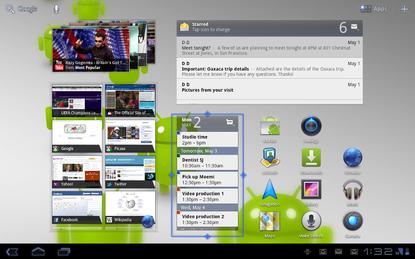 The growth in freelance jobs for the Android mobile platform is outpacing the venerable iPhone and iPad, and HTML5 demand is snowballing at more than 30 per cent, according to skills marketplace Freelancer.com.

Freelancer.com has released its Fast 50 study for the second quarter of 2011 which tracks the number of jobs on offer for different technology skill sets – from Ajax to YouTube.

While the iPhone is the most popular smartphone platform growing from 2739 to 2985 during the quarter (9 per cent), with its rate of growth, Android is set to offer more jobs than the iPhone by the end of next year, according to Freelancer.com.

Freelancer.com could not give figures as to whether the Android job is for the smartphone or tablet interface, but a spokesperson for the company said "the majority are definitely for phone app development".

The Android Market is available for any Android device – smartphone or tablet – but a development job would almost certainly specify whether the app was for a smartphone or a tablet (or both) as they are different release versions and user interfaces.

Future versions of Android are set to unify the smartphone and tablet releases.

Freelancer.com CEO Matt Barrie said: “Our data allows us to see changes in the world of online work and provides the ability to predict upcoming trends. We have a unique insight into many of the large tech companies like Google, Apple and Facebook.”

This edition of Fast 50 marks is the first time Freelancer.com has published the actual figures behind the percentage increases or decreases.