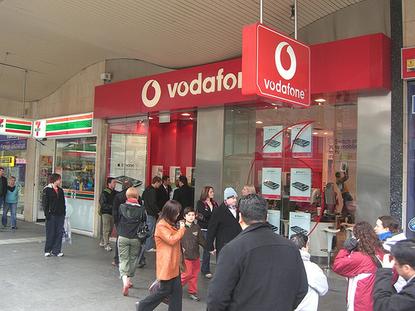 With 5000 staff, 600 stores, 7.5 million customers and $4.4 billion in revenue, the merged Vodafone Hutchison Australia (VHA) has consolidated its project management office around one core application which it is now integrating with other business systems.

In-depth: How to create a clear project plan.

Both Vodafone and Hutchison 3 had project management offices prior to the 2009 merger, but neither were centralised or embedded into the organisation, according to Chelsea Love, process and systems manager at VHA.

Vodafine had a customised database and CA’s Clarity had been in use at Hutchison for five years, but was extensively customised.

“Neither PMO team was strategic [and] we wanted a unified PMO team, which was one of first teams to be set up after the merger,” Lova said.

“We wanted to make the right project decisions so we setup the PMO separate from IT to maintain integrity and a single source of the truth for project information, particularly around budgets.”

Speaking at this year’s CA World Expo in Sydney, Love said from a PMO point of view, VHA went about designing processes to match the tool rather than finding a tool to match processes.

“Unlike most businesses that decide to get a tool, we had a tool but no processes and it had been heavily customised so there was no basis for best practice,” she said.

The PMO sits in a division dedicated to projects with some 80 project managers. It is an enterprise PMO built to support centralised delivery.

The basic VHA PMO structure consists of processes and systems; planning; and governance.

VHA stayed with CA’s Clarity as the project and portfolio management application and went back to basics by "stripping out the customisation". “This allowed consistent information about all projects, including standardised definitions, fields and reporting,” Love said.

With projects now mandated for management in Clarity, all projects can provide weekly status updates and trend reporting on projects is possible with project managers able to forecast a few months ahead for financial management reasons.

VHA’s PMO manages about manages 400 projects a year and is extending charter to include reporting on business process improvement projects.

Other benefits of a consolidated project management app are improved governance; workflow management and approval; and better planning and prioritisation.

Outputs from the PMO that support the business include status reports being collated into program reports.

In November last year VHA upgraded to version 12 of Clarity, which Love said provides more features the company is yet to take advantage of.

“The new project dashboard shows projects in one page, including budget information. This gives project managers a one-stop-shop for projects,” she said.

“We want to move to benefits tracking and reporting and work packages and contract approval. We are working on integration with Oracle which should save five days of approval per work package.”

A pilot for building automatic processes in Clarity is due to start next week, which Love said will provide a complete audit trail.

Another manual process that can be automated is leasing approval for stores and offices.

“The process involves a fair amount of manual intervention and we were approached to see if there is something we can do in Clarity. We are in the process of automating this and hope to roll it out in November.”

Two years after the merger, VHA is still on a journey and duplicate reporting still occurs, but Love says more education needs to be done as to what the company can get out of its project management system.

“Take the link between Clarity and Oracle,” she said. “Some of the information captured in each system needs to be in both. Now we are entering data into both and looking to get the systems to work together.”

Love said Clarity is a “really functional tool”, but some parts of the business don't like the way it looks.

“We get great value out of Clarity, but we’re not using to its full potential, particularly around resource scheduling. In six to 12 months we want to get more use out of it.”

VHA’s project management goal is end-to-end project tracking (from idea to benefits realisation), the ability to use Clarity’s resource management functionality and governance submissions, including workflow and reporting.

“Undersatnd the out-of-the-box functionality and that change management is a huge part of the process,” she said.

“The implementation doesn't happen overnight and you can't do a 'big bang' approach.”

VHA has 15 people in its PMO and four of those are looking after Clarity.