Biggest inhibitor to broadband not access to technology, but subscription cost 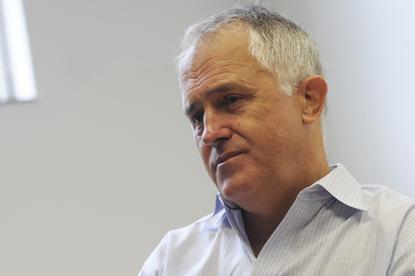 Federal opposition communications spokesman Malcolm Turnbull has used his National Press Club address to argue the decision to scrap the Howard government’s OPEL network for an NBN has denied the bush broadband services over the past three years.

Turnbull gave familiar arguments against the NBN saying the network is too costly, won’t result in more affordable broadband services and will stifle competition.

“For the 1.5 million or so Australians in remote or sparsely settled areas, the coalition and Labor technology approaches are very similar – fixed wireless and satellite,” he said.

“It is no accident the technologies to be deployed by the NBN are the same as those which would have been used by OPEL. And, had that scheme not been cancelled by Labor in 2008 would today be providing fast broadband to Australians in those areas.”

OPEL Networks was given the go-ahead by the federal government in late 2007 when the then ICT minister Senator Helen Coonan announced the joint venture between Optus and Elders.

The plan was to build a national broadband network using a combination of WiMax and ADSL technologies across some 638,000 square kilometres and costing $1.9 billion.

Some 1361 new WiMax wireless broadband sites and 312 ADSL2+ exchanges were scheduled to be built connected by 15,000km of fibre-optic backhaul.

Today Turnbull lamented the fact that OPEL was torn apart by the Rudd government in early 2008 when Senator Stephen Conroy said the joint venture failed to meet its contractual obligations.

By mid-2008 the decision to go with a fibre-to-the-premises (FttP) national broadband network had been made and three years on only a handful (some estimates are as low as 41 customers) of people in regional areas on the mainland have actually taken up the service.

The main criticism of OPEL at the time was it didn’t offer enough last-mile bandwidth, but Turnbull is of the opinion that immediate and cheaper access to broadband is better than no broadband at all or prohibitively expensive fibre access.

Turnbull argued, with a reference to ABS figures, that the biggest inhibitor to broadband take up is not access to the technology, but the cost to subscribe to it.

A counter argument was put forward in a question asking whether the coalition – if it won the next election – would scrap the NBN Co’s work in providing mobile broadband to remote and regional areas, much like OPEL was planning.

To this Turnbull said: “We have to play with the cards we are dealt”.

“We will make sure we get every cent in the dollar of value for taxpayers,” he said. “The melancholy truth is that more than 75 per cent of the cost of this network is civil works – the people with the back hoes, trench diggers, trucks and cherry pickers. Plainly if you can use some of the existing fixed line local access network, you can reduce those civil works considerably.”

Turnbull recommends the HFC or “cable” networks of Telstra and Optus be retained and Telstra be separated and a new wholesale-only network, dubbed “Network Co”, be established instead of the NBN Co.

“Assuming Telstra did form a new Network Co of its own, which could be one of several wholesalers in different parts of the country, it would be a regulated common carrier, would not offer retail services and would not discriminate between access seekers,” he said.

Any “Network Co” would inherit the assets from the Telstra exchanges, the copper customer access network and the HFC cable network.

“Network Co would be required to ensure, as far as is practicable, that Australians within the designated areas have access to a rapid upgrade in broadband services to at least 12Mbps as soon as possible – ideally within 12 months – and should have access to 24Mbps within 48 months,” he said.

Turnbull cited other industrialised countries like the USA, the UK, Canada and New Zealand as examples of HFC and fibre-to-the-node broadband networks competing to drive better access speeds, including FttP.

“The real uplift to productivity comes not from higher and higher speeds but from ensuring that all Australians are able to be connected and at speeds which enable them to use the applications that are important to them,” he said. “That is why affordability is of such importance. The largest group of Australians without access to the Internet are in households of less than $40,000 a year in income.”

Turnbull concluded by attempting to hose down concern about a “patchwork” of separate networks that would result by using the combination of access technologies including cable, DSL and fibre in new estates.

“This argument, much favoured by Senator Conroy, is probably the worst of them all,” he said. “Australia’s telecommunications network is a patchwork now and will be a patchwork under any scenario if by ‘patchwork’ we mean that people will access the Internet by a variety of channels.”

“Even in an NBN world there will be people using fixed wireless and satellite not to speak of mobile wireless networks which in the 4G standard will be highly competitive with high speed fixed line broadband.”