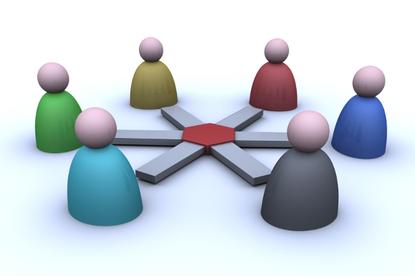 Machine to machine (M2M) communications may have had a subdued year in Australia during 2011, but telco services provider Verizon Business is expecting big things of one of the underlying technologies of smart grids, smart homes and e-health in 2012.

Speaking to Computerworld Australia, area vice president, John Karabin, said upgrades to networks across the country during 2011 had laid a foundation of faster and more reliable connectivity with lower latencies.

Wireless networks in particular were also sporting increased bandwidth and early stage deployments of next generation 4G/LTE networks, and every faster smartphone devices were all suggestive of foundations enabling greater communication between devices.

The availability of a near-infinite number of IP addresses by the increasing use of IPv6 also meant that every device – from fridges, to smart meters, to pacemakers to cars – could all be wirelessly connected to one another.

“Our prediction is that [machine to machine, and machine to machine to person] will be coming back with a vengeance [in 2012],” Karabin said. “The health industry will just go through the roof in the next couple of years as a multitude of devices are implemented to constantly collect health data from patient and consolidate it back into cloud solutions.”

By way of example, Karabin said machine to machine to person (M2M2P) technology could be used in an e-health context to wirelessly connect patients’ pacemakers or blood pressure monitoring devices to a consolidation point which then fed data into health software through which doctors could observe the patient’s health remotely and over time.

While other M2M devices such as smart meters have also been touted as a major means of reducing energy use to both reduce carbon output and cut costs, Karabin said their apparent slow adoption during 2011 was not a sign of a rejection by governments, consumers or energy providers.

“I don’t think smart meters have died; they are just taking their time to come,” he said. “We are seeing a bigger adoption in the US and I think it is about getting the infrastructure in place in the first place.

“Smart meters take a while [to put in place] and it is costly to replace the existing infrastructure. Initially the cost benefits may not make sense... but people realise the cost of power is going up.”

While the NBN would continue to be built out during 2012, Karabin said he did not expect that households and businesses having access to faster fibre connections would necessarily accelerate the use of smart meters and other M2M technologies.

“NBN is separate to the whole equation I think,” he said. “Everything is becoming wireless: you cannot find a place that isn’t wirelessly connected these days and the bandwidth is going up. While you or I may not think it is a lot of data today it will be things like video feeds and complex biomedical data [traveling wirelessly].”

“M2M adoption is set to increase significantly in 2012 as the number of M2M applications organisations are using, including for sensor networks, device management and access control, continue to grow,” he said.

“Combine the growing list of applications with more mature solutions and mobile networks and M2M will become a more strategic part of carriers’ business service portfolios.”

Despite a slow start locally, advances in M2M technology have occurred internationally during the past year. In April Ericsson signed an agreement to acquire Telenor Connexion's machine-to-machine (M2M) platform, in an effort to get more technology and know-how in the growing sector.

Back in October 2010, the company also said mobile operators were uniquely positioned to drive M2M adoption and that the opportunity in communication between mobile and fixed devices was “vast and unprecedented”.

In July 2010, the Victorian government shelved its smart meter program under opposition from community groups.

As a result of the shelving, Logica predicted a radical shift in the way that smart grids were viewed by the energy sector.