Banking, finance and insurance sectors big IT spenders, according to IDC 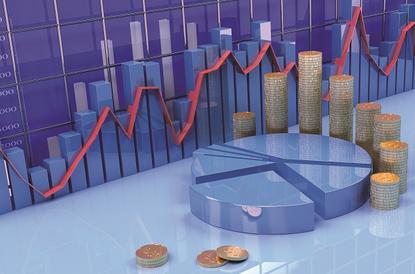 A report called Australia Vertical Markets 2012-2016 Forecast and 2H12 Update found that spending on ICT will achieve a compound annual growth rate (CAGR) of 3 per cent by 2016.

The previous vertical markets update report said ICT spending would have a CAGR of 2.7 per cent for the five year period to 2015.

IDC Australia vertical markets analyst David So said that the banking, finance and insurance segment remains the largest vertical in Australia for ICT spending and will exceed the $10 million mark in 2013.

“We believe this vertical will experience the second fastest long-term growth in ICT spending with a CAGR of 3.9 per cent for the forecast period,” he said in a statement.

CIOs talk about their top priorities for 2013

Vic govt to tap cloud, increase use of shared services

The communications and media industry is also forecast to do well with a CAGR of 4.4 per cent.

According to So, this vertical is the most exposed to disruptive technologies/innovation and required to increase ICT spending to mitigate the risk of being disrupted by emerging businesses.

“With the government vertical representing the second largest vertical in Australia, its ICT spending is mainly focused on generating significant cost efficiencies by deploying cloud-based infrastructure and a whole-of-government approach in its ICT procurement policy,” he said.

As a result, IDC Australia has forecast government's ICT spending to grow by a CAGR of 3.2 per cent for the forecast period.

"When we combine these top three verticals in Australia, they represent half of total ICT spending in Australia," So said.