Your organisation may have been worried about shadow IT before, but Google Glass will put it on steroids 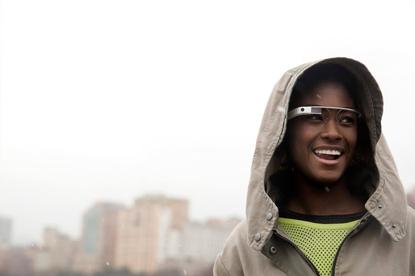 It’s not news that the seemingly never-ending stream of new and disruptive technologies is affecting every facet of society. When innovative, appealing and easy-to-use technologies come on to the market, most of us adopt them almost without hesitation.

You only have to look at the explosive uptake of services such as Facebook, which boasts 1.1 Billion active users a month, to know that.

But our love affair with new technology can leave users exposed and legislators and regulators scrambling for their rule books. Google Glass puts shadow IT on steroids, as potentially it can bypass any internal controls, whether imposed by IT, the CFO, or anyone else for that matter.

The imminent global launch of Google Glass has already raised questions about how this gadget could run roughshod over our right to privacy.

The glasses can provide GPS, make phone calls, search the web, send texts, and take photos and video. It is the last two that have raised eyebrows among privacy regulators who are worried Google Glass wearers will intentionally or accidentally record video and audio conversations without the consent of those being recorded.

How much easier will it be to take photographs of children at the beach, record intimate conversations that could be used to blackmail someone, or breach workplace employee confidentiality contracts?

The impacts on systemic risk within the organisation concerned about protecting trade secrets or critical intellectual property should be obvious to those whose job it is to protect these assets within an organisation.

In a recent bipartisan letter to CEO of Google, Larry Page, the US Congress demanded answers to a range of questions about security and privacy. Google must reply by June 14, 2013.

At the same time, the benefit of technologies that allow people to do things their parents could never imagine possible can’t be ignored. A recent National Intelligence Council report, Global Trends 2030 – Alternative Worlds, identified individual empowerment as the No. 1 megatrend over the next 15 to 25 years.

A combination of the progressive reduction in global poverty, increasing levels of education and the continued uptake of information and communications technology is expected to reshape how societies and countries operate.

One glaring positive example of what this could mean was seen in the role engaged and connected digital citizens played in helping track down the Boston Marathon bombers.

Another example is the development in the US of a smartphone app that allows people to scan the barcode on any product. The app traces the product’s ownership all the way to the parent company to help consumers make ethical purchasing decisions. Maybe just hold the barcode to your Google Glass and see images of the sweatshop workers in a low cost country!

Companies like Google, Apple and Facebook have become our digital landlords. They hold commanding positions when it comes to reshaping the landscape in which citizens lead their lives. The problem is, their global reach and influence is challenging governments, regulators and those wanting to stop and think about whether there are any negatives associated with new technology.

The emergence of a product like Google Glass which potentially represents a massive invasion of privacy by redefining the public and private realms could tip regulators into a new era of technology-prohibition. If regulation of cloud was an issue, wearable consumer technologies are a real game changer.

However, history has shown that prohibition nearly always fails. Just look at the failure that was the national ban on the sale, production and transportation of alcohol in the US in the 1920s, and the war on drugs seems never ending.

In our instantaneous, digitally connected and globalised world, borders are increasingly porous. This is a serious challenge for those who want to curb the use of certain kinds of technology, especially relatively cheap gadgets with near universal appeal.

There are already some laws in place that would curb unauthorised photography and video recordings by Google Glass, such as the <i>Surveillance Devices Act 2004</i> (Australia) that prohibits recording a private conversation without the consent of the parties involved. But that doesn’t mean people won’t try to get away with it.

There is also a risk that Google Glass could be hacked. The IT security landscape is a complex melee of players such as cybercriminals, hackers, cloud computing vendors and information security vendors.

The perpetual arms race between the vendors supported by specialist IT security companies and the army of cybercriminals appears never ending. It should be noted that Google is now inviting users to hack its product, a cost effective way of getting others to test the product’s security capabilities.

As technology developers and marketers increase their share of your (and your organisation’s) digital footprint – that indelible record of your every interaction in the electronic world containing your consumer spending and other online behaviours – ultimately, the only way you can ensure your privacy is protected is to be as informed as possible.

The chances of individuals, organisations and regulators alike, being able to keep up to date with the digital revolution, in a world as fast moving as this one, is quite another matter.

Anyone playing a part in the ICT industry should part to play in ensuring that technology is of value to others, as well as our organisations – that’s called having an influence.

Rob Livingstone is a respected and experienced CIO, with over three decades of professional experience in the corporate world, the last half as Oceania CIO in a number of multinationals. He now runs his Advisory practice, is a Fellow at the University of Technology Sydney (UTS), and an Associate at the Communications Law Centre, amongst other his other commitments. Visit Rob-livingstone.com or contact him via email or Twitter.