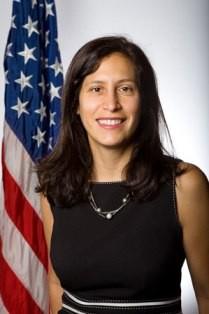 A group of U.S. companies operating Internet advertising networks has pledged to bar websites trafficking in pirated goods from using their services and to take other steps to fight online copyright infringement.

The ad networks will prohibit websites "principally dedicated to selling counterfeit goods or engaging in copyright piracy" from advertising with them, according to the best practices. The networks will also allow copyright owners to file complaints about piracy websites running ads, in a process reminiscent of copyright takedown notices under the Digital Millennium Copyright Act.

However, the ad networks may consider "any credible evidence" provided by the accused website in deciding whether stop running its advertising.

U.S. President Barack Obama's administration "strongly supports voluntary efforts by the private sector to reduce infringement and we welcome the initiative brought forward by the companies to establish industry-wide standards to combat online piracy and counterfeiting by reducing financial incentives associated with infringement," Victoria Espinel, the U.S. intellectual property enforcement coordinator, wrote in a blog post. "We believe that this is a positive step and that such efforts can have a significant impact on reducing online piracy and counterfeiting."

Ad networks and copyright owners must also protect privacy, free speech and fair process in their antipiracy efforts, Espinel wrote. "We encourage the companies participating to continue to work with all interested stakeholders, including creators, rightholders, and public interest groups, to ensure that their practices are transparent and fully consistent with the democratic values that have helped the Internet to flourish," she wrote.

The agreement will help prevent copyright infringement, participants said. "Ultimately, we want to create and maintain a healthy online space, promote innovation, and protect intellectual property," Laura Covington, Yahoo's vice president for intellectual property policy, wrote in a blog post. "The best practices we have committed to will help all of us get there."

"The presence of advertisements by well-known brands on rogue web sites that illegally distribute movies and television shows creates the false impression that such sites are legitimate, fostering consumer confusion and harm," Chris Dodd, the MPAA's chairman and CEO, said in a statement.  "The announcement today is recognition by online advertising networks of the important role they play to help ensure a safe and secure Internet for all."