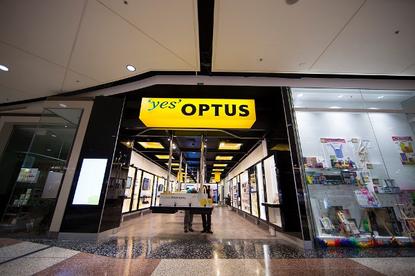 During the quarter the telco experienced mixed results.

Net profit for the period increased 7.7 per cent to $167 million, but mobile revenue dropped 6.1 per cent to $1.3 billion, which Optus attributed to a mandated reduction in mobile termination rates and a fall in equipment sales.

The announcement earlier this year by Optus that it was giving up revenue from bill shock in an effort to better hold onto customers has paid off.

During the quarter the telco steadily expanded its 4G coverage and now has 1,084,000 customers on its 4G network.

It also introduced new mobile plans that reduce excessive costs for users who exceed set data or voice allowances and new mobile broadband plans that Optus said are part of a strategy of simplifying billing for customers.

“We have strong momentum behind the key operational changes that will differentiate the Optus brand and ensure a market-leading service experience for our customers,” Kevin Russell, country chief officer, Australia, said in a statement to the ASX.

Staff costs dropped 6.0 per cent to $317 million after cutting 158 jobs during the quarter. Optus has now cut 6.5 per cent of its workforce on a year-on-year basis.

Business revenue at Optus fell 3.6 per cent to $379 million due to a fall in data and IP and voice revenue.