Why business risk needs to be controlled: amaysim CEO

Hansen says being an entrepreneur means a willingness to take risks 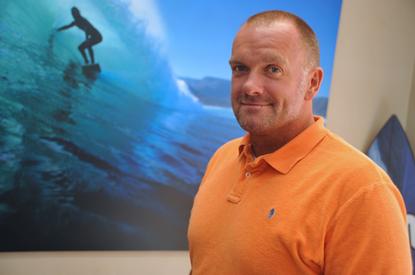 Like many entrepreneurs, Rolf Hansen, CEO at mobile virtual network operator (MVNO) amaysim, has both gained and lost it all.

In the late '90s he invested in a German Internet startup called letsbuyit.com.

“The banks were throwing money at every startup and they were offering great support for you to buy shares. I did so and I was highly leveraged and when the whole market crashed, the company crashed [too],” he says.

After the company bottomed out, Hansen hit a low point and felt like he had failed, but the experience taught him some valuable lessons.

After the collapse of the company, he wrote a list of pros and cons about his investment. He then used the positives as a guide to future investment and analysed the cons to program himself about what not to do in the future.

Now Hansen only takes on risk if he is able to control it. While this won’t stop things from going wrong, he says having more control over risk allows him to have a greater influence over it.

“I hope that I will continue to learn every single day and sometimes it hurts a bit more, sometimes it’s fun learning, but I always try and look at the past as a learning experience rather than a mistake.”

Hansen says while entrepreneurs can learn from other people’s mistakes, learning from your own misadventures helps to “anchor” the experience in your brain.

“If you lose a lot and you stand up on the shambles and you start again, that’s what you remember,” he says.

“Some people are very successful very early and I’ve met a few of them and I sometimes think ‘wow, why did it go so easy for them?’ and then five years later you see them making a big first mistake and really go down.

“I prefer the way I did it. I started small and built my scale up with smaller mistakes, some larger [mistakes], but there was never a big thing that set me back for 10 years.”

Hansen has also learnt from his parents, who he says are role models. His father is a retired mathematics professor whose approach was to sit in the middle of the risk band, but he wanted exposure to risk and the opportunity to create wealth.

“In the end my parents were good in giving me the three things you can give to your children – it’s a lot of love, it’s a certain set of values and it’s the opportunity for an education,” he says.

“In the end it led me to where I am. We were in disagreement sometimes, my parents and I, about how to go about things, but now we’re happy where I came out. At least that’s what my parents say.”

Hansen, Enge, Magel and Perreiter have a more than nine-year history working together, previously launching low-cost MVNO simyo in Europe in 2005, which was later bought out by E-plus in 2007.

O’Connell, an Australian telco investor and advisor, joined the four entrepreneurs prior to launching amaysim.

Hansen says the five founders have based amaysim on shared values and principles. This includes keeping things simple, being agile, being trustworthy and being reliable.

“In the end it’s about aligning yourself with people who share the same values and then usually if you put some time and intellect into the process, there’s no issue,” he says.

“You’re talking about a $250,000, $300,000 investment just to find out whether customers are interested in what you think you can sell to the market,” Hansen says.

“If you’re a small challenger brand coming with something new, you’d better make sure that people understand who you are and that they want your products, because we don’t have the fire power of a big carrier to push products.”

Hansen says the company has now spent around $20-25 million on marketing to build brand awareness.

amaysim currently offers three plans, but Hansen says there will come a point when the MVNO’s offering will have to change due to the explosion in mobile data use – he says ‘intelligent’ pricing will eventually come into play.

“If you try and answer demand with a one-size-fits-all, your average price has to be quite high and you punish the rest of the people who are the more mainstream or average users,” Hansen says.

“Therefore, what intelligent pricing does over time is unbundling what is today one bucket so in the future I can foresee that we will have multiple price points or tiered data plans … People will have to start paying for the [data they use].”

amaysim is now looking into expanding into other markets around the world. He says the company now has enough research completed on the US market to make a decision on whether to enter the market or not, with Asia another possible destination it could expand into.

“Whenever we launch into a new market we want to turn the industry upside down – put some fire under the comfortable situation of some big carriers sitting there ruling it,” Hansen says.

“We want to continue doing that … We are [running] our business in a way the carriers want to be in maybe five or 10 years. We’re very lean, we’re very customer service-centric and we run it largely on the back of the Internet.”

1. Hansen says just because no one has done it before doesn’t mean it shouldn’t or can’t be done. He advises entrepreneurs not to get discouraged because a product or service might be new to the market.

2. While financial modelling can help to develop a business, Hansen says that model will never reflect reality, with the real cost of the business likely to be a lot less or a lot more. “With simyo it was a lot more than we thought [due to the increased opportunity to gain market share] … I think the lesson is always be agile and be ready to adopt your plan on very short notice,” Hansen says.

3. Hansen believes there is risk, and then there’s calculated risk. He says calculated risk involves research, analysis and assessment. “You can never be completely de-risk [investment] – that lies in the nature of the entrepreneur business – but do a sound analysis of what you want to do,” he says. “In the end, there comes a moment when you say ‘do it or don’t do it’. [When] you jump [into it] reality will tell you how good your diligence [and research] has been.”

4. Hansen says it’s important to appreciate the team you work with. He has been working the fellow founders of amaysim for more than nine years, with the men learning to stick together through it all.