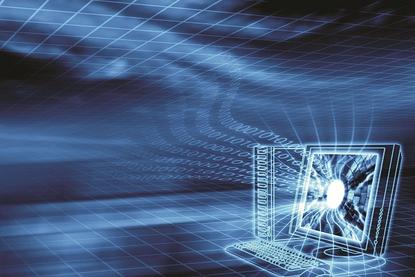 The earthquake which struck Christchurch, New Zealand in February 2011 was the catalyst for trans-Tasman law firm Duncan Cotterill Lawyers to roll out virtual desktop infrastructure (VDI) so that its lawyers could work remotely.

Because its head office building in Christchurch was condemned following the earthquake which measured 6.3 on the Richter scale, staff had limited access to files and devices.

To avoid this problem happening again, the firm implemented virtualization offerings from Citrix called XenApp and XenDesktop in 2012. This has allowed a mobile working environment for the firm’s lawyers in Christchurch, Nelson, Wellington, Auckland and Sydney. It has a total of 270 staff working in the five locations.

The law firm was already using Citrix solutions for its legal database and remote access.

Duncan Cotterill Lawyers IT manager Roger Sillars told Computerworld Australia that prior to the VDI implementation, it had a distributed network with local mail servers for each office.

“One of the problems we had was people moving between offices. It was difficult for people to find attachments because they were stored in different locations,” he said.

“If a user came to another office, it would take 15 minutes for them to log on because their settings needed to come across the network link. Microsoft Outlook would then take ages to download all of their emails.”

Following a review, Duncan Cotterill Lawyers’ network was centralised to one data centre in Christchurch. Sillars and his IT staff then replicated that environment to a secondary data centre in Auckland.

If a natural disaster occurs again, he said it can recover within “about an hour” by failing over to the secondary facility.

“We are literally running their desktop PCs out of Christchurch and there is no performance difference based on reports I have had,” he said.

In addition, lawyers can visit any one of its offices, log in using their PC or laptop, and they have access to all applications and services.

"Lawyers at the firm are now unrestricted by time, device or location which has enhanced service delivery to our clients."

Sillars added that VDI has made it easier for the IT department to rollout new systems. For example, in August 2013 it deployed a practice management system to all 270 employees.

“That was literally a five minute job to turn on and then we just had to get users to reboot their computers.”

Approximately 40 Windows 8 tablets have been provided to staff members who regularly travel. Sillars is now considering a pilot of Windows 8 for laptops and PCs by December 2014.