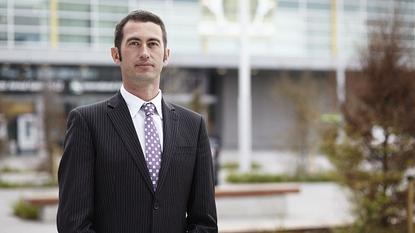 Helping IT graduates get a start with their career has been a passion for Roger Sillars since he started at trans-Tasman law firm Duncan Cotterill Lawyers almost 15 years ago.

The IT manager currently manages a team of six, five of whom started as graduates with the firm.

Sillars spoke to Computerworld Australia about his role and favourite gadget, the Microsoft Surface 2 tablet.

What does your role as IT manager involve?

I oversee and manage a team that supports the helpdesk, network administration, database servers, software development and mobile.

I employ graduates where I can so they get a start in their career. One of my team members started here 12 years ago, went overseas, and came back to the firm. We have incredible retention and that internal knowledge just can’t be bought.

What are some of the technology projects you have been working on?

We implemented virtualization offerings from Citrix called XenApp and XenDesktop in 2012. This has allowed a mobile working environment for our lawyers in Christchurch, Nelson, Wellington, Auckland and Sydney.

In August 2013 we deployed a practice management system to all 270 employees. That was literally a five-minute job to turn on and then we just had to get users to reboot their computers.

What are some of the challenges you face in the role?

Keeping up with the way the IT industry changes is a challenge. I also want to avoid hype which is difficult with things such as cloud computing and big data. In my opinion, these are terms that are often selling points for organisations when you need to look at the realities of those products.

Take cloud services, for example. Say you want to host your email externally but what happens if you want to search it using a third party search engine? How are you going to tap into that system? Integration between systems is needed for the organisation to get the best return on investment.

Managing time is always difficult with IT because of technical hiccups or delays.

What are the issues facing IT managers today?

IT managers need to keep up-to-date. Look at Windows XP – how many organisations are going to be in trouble when Microsoft pulls support for that? From a security risk perspective, that is pretty high. What we’ve done is upgrade to every new Microsoft operating system since Windows 2000. A lot of people bagged Vista but we had a good run with it.

What is your favourite gadget?

My Surface 2 tablet. I can’t understand why people bag these tablets. We’ve got 40 of these devices at work. Only one has been returned and that was because the screen size was too small for the user.