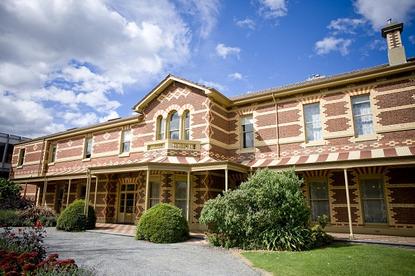 Ruyton Girls’ School in Melbourne is set to replace paper text books with tablets in 2014.

From 2014, years Kinder to 6 will receive iPads, years 7 to 9 will use MacBook Air devices and years 10 to 12 will have the option of bringing their own tablets to school.

Ruyton Girls’ School IT manager Chris Karopoulos said that text e-books are being introduced to potentially achieve cost savings for the school and parents.

“Parents normally buy their text books off a list each year so that’s a saving that will go directly to parents,” he said.

“It also means enhanced functionality. For instance, we have drama students studying plays such as Romeo and Juliet. With an e-book, they can attach notes to help them understand the play. A side benefit is that they don’t have to carry big, heavy textbooks in their bag.”

More than 100 teachers have already received iPads in preparation for the curriculum changes.

To prepare for the introduction of tablets on the school network, IT staff and services provider Mycom rolled out new ICX 6610 networking switches from Brocade in July 2013 to increase bandwidth across the network.

Mycom also provided the school with ICX 6450 and 6430 switches for network access. According to Brocade, the 6450 switches provide up to 48 gigabit Ethernet (GbE) access ports per switch.

Karopoulos said it needed a more reliable network that was going to deliver enough bandwidth to support the use of tablets in the classroom.

“We also needed visibility to allow us to troubleshoot when a problem arose. With any network, there can be issues from time to time,” he said.