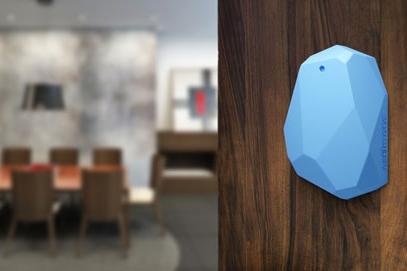 The beacons, which ShowGizmo plans to roll out from the middle of this year, are also expected to drive more engagement with event attendees through location-enabled activities such as scavenger hunts, ShowGizmo CTO James Stradling told Techworld Australia.

ShowGizmo is a New Zealand startup that makes a mobile app for conferences and trade shows. The app has been used at 200 events globally and customers have included IBM, TEDx and Reid Exhibitions.

Beacons are small wireless transmitter devices that use BLE, also known as Bluetooth Smart, to interact with nearby devices running Apple iOS 7 or Android. Apple (iBeacon) and PayPal have been two of the biggest-name advocates of the technology.

“What we are most excited about is what beacons could do for indoor navigation,” Stradling said. “We already have an indoor mapping system built into our platform, and we are working on using beacons to make that location aware.”

Such a capability would let event visitors see their precise position on the map and determine more easily how to get to a specific area, he said.

Also, ShowGizmo wants to use beacons to enable scavenger hunts and other “fun” activities designed to engage visitors, said Stradling.

And the beacon technology could streamline the event registration process, he said.

“If your phone knows you’re 2m away from the desk we want to be able to open a mobile registration ticket for the right event straight away, rather than make you go hunting for it.”

The number of beacons required at a given event depends on how they are used, said Stradling. At minimum, an event might only need a few placed in important locations like registration, he said.

“To assist with navigation in our maps product we would probably need them spread around an event every 30 to 50m,” he said.

A scavenger hunt or similar activity could require 10 to 20 devices spread around the event to act as locations for the game, he said.

Stradling said the beacons are simple to set up at events.

“Because they are very small and do not require any external power, they can easily be mounted on existing walls and furniture,” he said. “For example at trade shows we can mount them behind panels on stands.”

He said ShowGizmo chose the BLE technology over near-field communications (NFC) because BLE was supported on a wider array of devices and could interact with devices at a greater range.

“NFC is not supported on iOS devices, which really restricts how useful it would be for us given both iOS and Android support is central to ShowGizmo,” he said.

“Also, NFC only works at close range, whereas beacons work at anywhere from 0-50m,” he said. “Because of this some of the ideas we want to work on, like mapping and user experience enhancements, wouldn’t be possible using NFC.”

While a combination of GPS and Wi-Fi can also be used for indoor mapping, Stradling said the beacons are more reliable and easier to deploy.

To interact with the beacons, event goers will need to have a recent Android phone that supports BLE or an iPhone 4S or later. However, visitors with unsupported devices will still be able to use other features of the ShowGizmo app, said Stradling.

“The way we plan to use iBeacons is to enhance our existing functionality—getting people signed into registration, into our app, assisting with navigation inside an event,” he said.

“The underlying functionality will still work for people without BLE enabled devices, it will just be missing some of the neat stuff layered on top.”

ShowGizmo has not announced pricing for the Beacon services.

Adam Bender covers startup and business tech issues for Techworld and is the author of a dystopian novel about surveillance. Follow him on Twitter: @WatchAdam