University of South Australia to establish IT centre, honours degree

The university has partnered with HP for a four-year honours degree in IT, business informatics 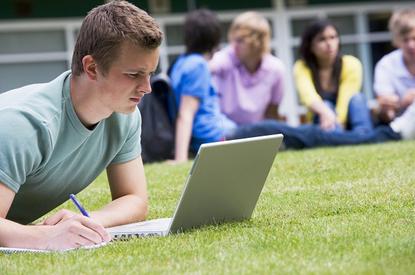 The University of South Australia (UniSA) has signed a partnership agreement with HP to establish a four-year honours degree program in IT/business informatics and an innovation centre in Adelaide.

Students who take part in the honours degree will receive internships at HP while they are studying. A UniSA spokeswoman said that it planned to have the new honours degree program running by 2015.

The innovation and collaboration centre will be located at UniSA’s new science building which is under construction at the City West campus in Adelaide.

The spokeswoman said that the centre will open in April 2014. However, it will be moved in 2018 to the university's new science, creativity and education studio in North Terrace.

In addition, the SA state government has committed $150,000 a year for UniSA entrepreneur students. The funding will help students who have a technology concept and want to commercialise it.

HP also plans to hire 430 staff in the state over the next four years.

According to UniSA vice chancellor professor David Lloyd, the partnership will support higher achievement in science, ICT, engineering and maths – all key subjects for future entrepreneurs.

“HP’s investment in South Australia will bring jobs growth but also vital opportunities for students and graduates to engage in industry-based experience and learning,” he said in a statement.