Can Chrome OS challenge Windows in the enterprise?

Google is gunning for Microsoft with the Chromebook and Chromebox 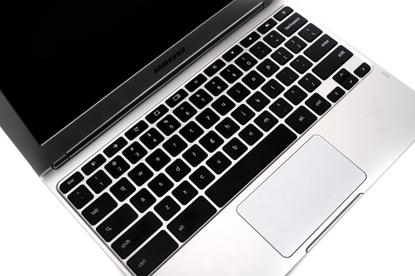 Australian enterprises are expected to take a closer look at Chrome OS as Google makes moves to peel customers away from Microsoft, according to analysts.

In Australia, where Chrome OS adoption has mostly been limited to the education sector, Woolworths is the largest enterprise to replace its Microsoft hardware and software with Google hardware.

The supermarket chain has announced trials of several types of Chromebooks and Chromeboxes. Woolworths acting CIO Damon Rees told Computerworld Australia that Chrome OS devices will soon account for 85 per cent of its business computers.

“We were faced with the end of life of our Microsoft software, so we needed to make a significant investment in technology this financial year, whatever solution we went with,” he said.

“Overall the combination of Google Apps, Citrix and Chrome devices delivers on the Woolworths technology strategy providing our staff with the right tools, available on the right device accessible from the right location,” he said.

Another early Australian adopter of Chrome OS is Fire and Rescue NSW, which has opted for Chromeboxes over more expensive Windows desktops for an IT project to digitise firefighters’ daily paper record of events.

“We wanted to do something that made sense,” said Fire and Rescue IT director, Richard Host. “I did not want to have to go and buy nearly 400 additional Windows computers with all the necessary Microsoft licensing and software when all I needed was a Web browser.”

Host estimated that the agency immediately saved at least 50 per cent by choosing Chromeboxes over a Windows-based alternative.

Frost and Sullivan analyst Audrey William said she expects to see a “gradual uptake” of Chrome OS in the enterprise.

Woolworths’ decision to move from Microsoft to Google was a significant announcement, she said. “You’re starting to see the momentum pick up, but it’s still not across the board,” the analyst added.

William believes Chrome devices could appeal to small and large organisations alike because they are effective at performing basic functions and cost half the price of competing Apple and Microsoft devices.

The allure of Chrome OS devices is likely to grow as businesses adopt more of Google’s other products, William said. Many businesses are already using the Chrome Web browser and a growing number of organisations are supporting Android devices, she said.

However, IDC analyst Amy Cheah said she does not believe Chrome OS is quite there yet for enterprise.

“At this point in time, Chromebooks are still not ready to be an enterprise platform,” said Cheah. “It’s primarily a consumer device or an education device.”

Microsoft remains king in the enterprise, and larger companies may have difficulty integrating Chrome OS into their total IT environment, she said.

“There needs to be tighter integration between Chrome OS and Windows before Chrome OS can be an enterprise-ready platform.”

Tradition could be a major factor holding back many businesses from embracing Chrome, said Farrall.

“Many modern enterprises have grown up in a Microsoft world,” he said. “There will be plenty of users who still want to save something on their hard drive.”

However, Farrall said not to write off the possibility of Chromebooks catching on with businesses. He predicted that the move to cloud and the large popularity of the Chrome browser will help to drive adoption of Chromebooks in the future.

“Every time there’s a change in Microsoft’s Windows ecosystem and there’s a platform upgrade, there’s an opportunity for other vendors to slowly chip away at the monopoly,” he said.

With some “disillusioned with where Windows 8 is heading,” Google may have a window to take some customers from Microsoft, he said. “I can’t see it being a lot [of customers], but it could be more than what we have seen in a long time.”

Farrall advised doubters to remember it was only a few years ago that BlackBerry dominated the enterprise and many organisations claimed they would never connect an iPhone or Android device to their network.

That changed fast when consumers – including CEOs – demanded that IT connect their devices, he said.

“Once it gets in, it just explodes.”

Next: Should your business look at Chrome OS?

Who should buy Chrome OS?

Cost is probably the primary reason that enterprises might start to look at Chromebooks, Farrall said. “You would go for cost, but stay for quality.”

Chromebooks could be particularly attractive to a business that has not previously provided mobile devices to workers and wants to do so at low cost, he added.

The Google devices are also perfect for new businesses that want to be cloud-enabled from the start, the analyst said. “It comes down to the use case where being able to operate from the cloud fits in with how that business is going to operate.”

Chromebooks could be a laptop replacement for workers that mainly rely on cloud applications, Farrall said. While a tablet could also be used, some workers may prefer the form factor of a laptop and so a Chromebook might be a better fit, he said.

Gedda said he sees Chrome OS devices as complementary rather than a replacement for other business computers. “Even if it’s a volume play, [businesses] will still have to hang on to the Windows desktop that they need for the apps.”

Depending on a company’s application requirements, some might be able to give up Windows altogether, he said.

One advantage of Chrome OS is the ability to have a contained Web environment, which is good for supporting HTML5 apps and restricting users from installing a lot of applications the business doesn’t want, he said.

However, Chrome OS may not work for organisations that rely on graphic design apps like Adobe Suite or programs designed for Windows, he said. The cloud-based nature of Chrome OS means constant and reliable connectivity is a must, he added.

If Chrome OS provides everything the business needs, the organisation stands to save money on both hardware and software, said Gedda. However, businesses should factor in training and support costs that come with changing platforms, he said.

“I wouldn’t think that field workers like engineers and sales staff would be suited to using Chromebooks because they would need connectivity to be able to use them.”

William pointed out that even organisations not specifically interested in Chromebooks are still likely to have to support them due to the growth of the 'bring your own device' (BYOD) trend. Employees will make the decision whether to use Chromebooks for work, she said.

“We are moving into a space where the one-OS environment is no longer applicable,” she said.

“The IT manager has almost got no choice — he has to support all of the OSes and this is just an addition to that list.”

Companies that use Gmail and other Google Apps for Business will have the most seamless experience bringing Chrome OS into the workplace, analysts agreed.

Larger companies might need to consider mobile device management and enterprise app management services so they can continue to support their corporate apps, said Cheah.

“Otherwise, they would need to convert to Web-based software.”

With a little extra work, organisations that require more apps than Chrome OS can support might still be able to adopt Chromebook or Chromebox.

Gedda noted that it is possible to dual boot with a Linux operating system like Ubuntu in addition to Chrome OS, enabling a broader range of apps to be installed.

Virtualization vendors may come to the rescue as well. VMware has announced a virtual desktop service for Chromebooks that will allow them to run Windows applications.

“This is one way to work around the lack of app support for certain platforms,” said Gedda. “With more of a heterogeneous environment developing we can expect to see more activity this year around application presentation and delivery.”