iiNet sponsored research finds most Australians don’t have a clue 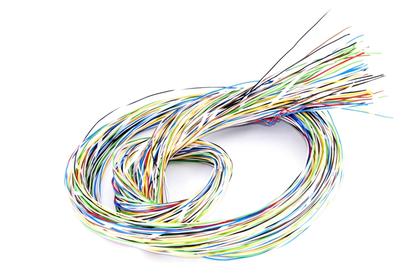 Tomorrow marks a major milestone for (what’s left of) the National Broadband Network: The copper network will be switched off in the first areas to receive NBN fibre.

Areas affected by the copper switch-off include Armidale, Minnamurra and Kiama Downs in NSW; Brunswick and South Morang in Victoria; Aitkenvale, Mundingburra and Townsville in Queensland; Willunga in SA; and Deloraine, George Town, Kingston Beach, Sorell, St Helens and Triabunna in Tasmania.

In addition to the loss of a phone service for households and businesses that have not signed up for an NBN service, the switch-off can potentially affect medical alarms, security alarms, EFTPOS terminals and other services that currently rely on the copper network. Exceptions will be made for premises that rely on services that can't yet be delivered over the NBN.

NBN Co in March launched an online service that allowed households with medical alarms that relied on the copper network to register with the company.

Advocacy and business groups have previously raised concerns about the readiness of areas affected by the first round of switch-offs, including uncertainty about which devices relied on the copper network to function and whether people are aware of the need to sign up for an NBN plan in order to obtain a fixed line phone service after the transition.

Tasmanian Chamber of Commerce and Industry CEO, Michael Bailey, told a February hearing of the Senate inquiry into the NBN that delays in hooking up businesses in the state had generated concerns about the deadline for migrating to the fibre network.

"[C]ertainly in some of our regional areas there is concern about copper being removed and what that will mean to [businesses'] access to things like security systems and faxes and so forth," he said.

“The overwhelming majority of people in the affected areas have made the switch to the NBN over the 18 months since the countdown began and are enjoying the benefits of fast broadband,” NBN Co chief customer officer John Simon said in a statement.

“[W]e are working hard with the industry to ensure that no-one in these areas who wants the NBN is left behind,” the NBN Co executive said.

In addition to existing exceptions for the switch-off, such as households that have ordered an NBN service that is yet to be connected, Telstra and NBN Co have agreed on safeguards for affected communities, the Australian Competition and Consumer Commission.

"Under these arrangements, Telstra and other service providers will case manage their customers in these areas, with services being disconnected if the end-user does not wish to migrate to the NBN," an ACCC statement issued today said.

The switch-over comes as iiNet releases the results of research the ISP commissioned which found most people were unaware of the copper switch-off.

The company commissioned Hall & Partners Open Mind for the survey, which was conducted in April. Sixty seven percent of those surveyed believed that they would be able to keep their existing broadband connection when the NBN was rolled out in their area.

The next round of switch-offs is due in July.

The ﻿Australian Competition and Consumer Commission has backed Telstra using existing copper and HFC lines to ‘pull through’ fibre in order to connect premises to the NBN, it announced today.

“Certain households and businesses are more difficult to connect to the NBN fibre than others,” ACCC Commissioner Cristina Cifuentes said in a statement.

“These measures may potentially help NBN Co to connect these premises while minimising the disruption in service to consumers.”