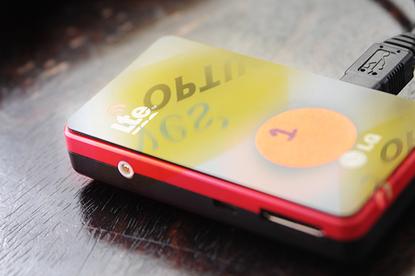 Could new data sharing plans announced by Optus and Telstra reignite what some analysts describe as waning interest in mobile broadband?

Optus today has announced new plans allowing users to share one data pool across up to five devices, including tablets, dongles and personal Wi-Fi hotspots. Mobile and data-only plans can be shared.

Telstra followed in the afternoon by announcing new plans for small and medium businesses that let companies pool data allowances across multiple services on an SMB account.

However, recent Telsyte research has shown that mobile broadband growth at telcos has stagnated, with only 3 per cent growth of the market during 2013, and many Australians are content with a combination of mobile tethering and public Wi-Fi hotspots.

The trend appears likely to continue. The number of public Wi-Fi hotspots in Australia is set to vastly expand over the next few years due to investment by Telstra and iiNet.

The goal of the Telstra network is to provide access to 2 million Wi-Fi hotspots around Australia in five years, including Telstra broadband customers who opt to share their connection.

Meanwhile, iiNet has announced a plan to blanket Canberra with more than 700 wireless access points. Previously, iiNet rolled out Wi-Fi to Adelaide, and the company is talking to state governments in Victoria, New South Wales and Queensland to roll out similar services in Melbourne, Sydney and Brisbane.

The Optus offer could be attractive to users with multiple cellular-enabled devices, but many tablet users seem content with Wi-Fi only devices, according to Telsyte analyst Alvin Lee.

Telsyte has found that about 60 per cent of media tablets sold in 2013 were Wi-Fi only, and the trend is expected to continue, he said.

“Tablet usage is still mainly at home,” said Lee. “In most instances Wi-Fi is likely to be the primary technology catering occasional outdoor usage through either smartphone tethering or public Wi-Fi networks.”

However, at a product announcement today in Sydney, Optus officials said the telco does not view the availability of public Wi-Fi hotspots as competing with its mobile broadband plans. In addition, the officials noted that the plans can still serve Wi-Fi only devices using the telco's personal hotspot devices.

“The feedback from our customers is they want to be able to use [data] wherever they are and whatever time,” said Optus managing director of customer, Vicki Brady.

“Wi-Fi hotspots are helpful if you happen to be near one and can connect to one ... but if you travel the world, Wi-Fi is a whole lot easier [to find] than it is here in Australia.”

Optus officials have pitched the data sharing plans as a major announcement that will peel cost-conscious customers from its major rival Telstra.

While Telstra also allows data sharing, it charges $10 per month per device for the privilege. Under the new Optus plans, customers pay a one-time fee of $5 per device—there are no ongoing charges.

Optus chief country officer Paul O’Sullivan said Optus will be giving up revenue with the new plans, but that he believes the sacrifice will result in customer gains.

“Yeah, we sacrifice some revenues in the short term, but we’re very confident this will drive our business in the medium term.”