SAGE-AU cuts spam by 80 per cent from mailing lists 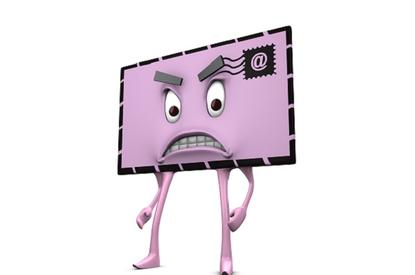 Australian not-for-profit IT professionals' association, SAGE-AU, has cut spam from its mailing lists by 80 per cent since the rollout of a security solution in September 2013.

SAGE-AU operates 20 mailing lists that cover a range of topics including IT industry discussions, job postings, IT management challenges and non-technical general chats about people's lives.

According to SAGE-AU president Robert Hudson, it sends out up to 1,000 emails every day to members at a rate of 30 emails an hour.

However, keeping the 20 mailing lists secure was proving difficult for the organisation during 2013, with SAGE-AU members complained that they were receiving spam emails.

“The email we deal with each day is not an insignificant amount of traffic and it would be detrimental to our reputation if we passed on viruses or malware [to our members],” Hudson told Computerworld Australia.

“The spam was coming from external sources and the mailing list administrators had to deal with an increased amount of traffic that was spam.

“Because we are a volunteer-run organisation, the time our volunteers spend on things like that [spam] is incredibly important. If we can minimise that [time], that’s better for everyone involved,” he said.

SAGE-AU was using an email security product developed by IronPort. However, Hudson said this was ageing and “past its usefulness”.

He began looking for a new security product to secure the mailing lists. Hudson didn’t have too far to search as WatchGuard Technologies Australia and Zealand regional director Pat Devlin, who is a member of SAGE-AU, suggested he try the vendor’s Extensible Content Security (XCS) offering.

The XCS appliance went live in September 2013. According to Hudson, the amount of spam has reduced by up to 80 per cent since XCS was installed.

“We haven’t seen any malware on the [mailing] lists at all. We’ve also stopping seeing inappropriate attachments in the lists,” he said.

The organisation has also “fine-tuned” the security software to reflect the commercial nature of the mailing lists.

“As a volunteer organisation, we may not pay anyone to run the email systems but people expect these lists to work to professional standards. Since the deployment of XCS we haven’t had to constantly work on our email security. It [XCS] hasn’t consumed a lot of resources and has delivered what we were told it would by WatchGuard,” said Hudson.