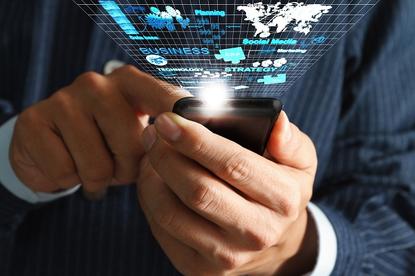 The Australian Communications Consumer Action Network (ACCAN) is praising the telecommunications industry for making mobile calls to 1800 numbers free of charge from January 2015, but says the same deal needs to be made for 1300 numbers.

ACCAN CEO Teresa Corbin said she “remains concerned” about the affordability of calls to 13/1300 numbers, especially for Australians on low incomes.

“The cost of calls to 13/1300 numbers can chew through pre-paid mobile plans, which are often favoured by lower income consumers,” she said in a statement. “13/1300 calls can vary widely, from 3 cents per minute up to $1.39 per minute.”

According to Corbin, the 13/1300 number range was designed to provide low cost numbers for landline calls to government and business. 1300 numbers were adopted by many federal government agencies such as Centrelink, drug/alcohol and mental health services.

“ACCAN will continue to monitor the cost of 13/1300 numbers to ensure the [telecommunications] industry remains true to its promises. Even as we acknowledge the progress made on this issue, we’ll be calling on business and government to switch to 1800 numbers when deciding how best to communicate with consumers and citizens,” she said.

“We urge consumers to look for alternate means when making mobile calls to business and government. Use local numbers, websites and apps and, from January 2015, use 1800 numbers.”

The new free mobile calls to 1800 numbers framework was announced by the Australian Communications and Media Authority (ACMA).

Mobile calls to 1800 numbers will be free for pre-paid mobile customers, even when they run out of credit.

Telco operators will offer what has been dubbed ‘13-Friendly’ mobile plans, which meet a new guideline developed by the Communications Alliance.

If the customer is on a post-paid plan, the cost of mobile calls to 13/1300 numbers is counted within the monthly allowance.

If the customer is using a pre-paid plan, the cost of a mobile call to a 13/1300 number will be charged at no more than the costs of a standard mobile to a landline number within Australia.

ACMA chairman Chris Chapman said the initiatives will work in conjunction with other consumer protections such as call and data usage alerts from mobile providers, which are now required under the Telecommunications Consumer Protections Code.

“Both the ACMA and [telecommunications] industry will monitor how these issues work out in practice. We consider this mix of actions currently represents an appropriate, pragmatic and balanced strategy that is most likely to result in short and long term improvement in consumers’ experiences,” said Chapman in a statement.

Telstra, Optus and Vodafone have been contacted for comment by Computerworld Australia.