Justices Besanko, Middleton and Griffiths find that Telstra has a binding contract with Vocus, Adam Internet and Chime Communications 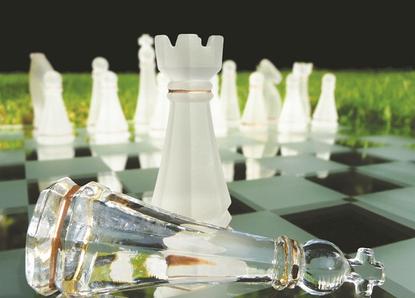 Presiding in the New South Wales Federal Court on July 2, Justices Besanko, Middleton and Griffiths found that the telco has a binding contract in place with Vocus and iiNet subsidiaries Adam Internet and Chime Communications.

The three judges also found that there is no basis for arbitration with the Australian Competition and Consumer Commission (ACCC).

A Telstra spokeswoman said the decision “provides clarity” and upholds an important point for Telstra about the extent of the ACCC’s jurisdiction over its commercial relationship with wholesale customers.

In June 2014, Justices Besanko, Middleton and Griffiths heard that Telstra was entitled to increase the underground duct access pricing 12 per cent over the consumer price index (CPI) under its contract with Vocus Communications.

The original dispute dates back to 2013 when Vocus Fibre, Adam Internet and Chime Communications appealed the underground access price to the ACCC.

The dispute went to court in January 2014 after the ACCC determined that it had jurisdiction to act as arbitrator in the dispute.

At the time, a Telstra spokesman said the price increase was applied under the standard terms of a wholesale contract with the ISPs.

In March, Justice Flick rejected Telstra’s argument that the ACCC had no jurisdiction to arbitrate the dispute and ordered the telco to pay the costs of the respondents.

However, in April, Telstra lodged a formal appeal in the NSW Federal Court.

At the time, a Telstra spokeswoman told Computerworld Australia that it was appealing the judgement because it disagreed with the decision by Justice Flick.

“We are seeking clarification on some important points relating to our contractual relationship with these customers,” the spokeswoman said.

“We have acted in accordance with our contract and as such we believe there are no grounds for the dispute.”

Computerworld Australia has contacted Vocus and iiNet for comment.