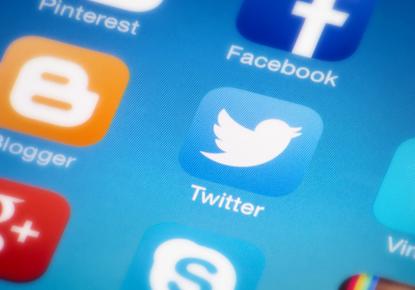 Twitter received two emergency requests from the Australian government for user data and none for the removal of content during the first half 2014, according to the social network site’s latest Transparency Report.

Under Twitter’s privacy policy, law enforcement offices can submit an emergency disclosure request in an “exigent emergency that that involves the danger of death or serious physical injury to a person that Twitter may have information necessary to prevent.”

Twitter reported that there were 2,058 requests from governments worldwide between January 1 and June 30 for user account information, typically connected to criminal investigations.

This was a 46 per cent increase from the second half of 2013, the company’s Transparency Report said. In Australia, there were less than 10 requests during the same period last year, according to the report.

The US government made the majority of account information requests at 1,257 during the period, up from 833 in the second half of 2013.

Meanwhile, there were 9,199 copyright takedown notices during the half year across 9,069 accounts, a 38 per cent increase on the second calendar half of 2013. Twitter said material was removed from the site in 76 per cent of these cases under the Digital Millennium Copyright Act.

Google helped to popularise the transparency report by first revealing in 2010 the number of government data requests it had received. Since then companies such as Facebook, Microsoft and Verizon have released similar reports.

Google, by way of comparison, received more than 27,000 user data requests during the second half of 2013; Microsoft received around 35,000 during the same period.

The ongoing rise in Twitter user-data requests may be due to its international expansion, “but also appears to follow the industry trend,” the company said.

The company identified Turkey as one of several countries that saw a small but significant spike in the volume of data requests.

Turkey's government restricted its citizens’ access to Twitter earlier this year over anti-government speech carried out through the service.

Twitter aims to notify affected users of requests for account information unless the company is prohibited from doing so. The company may not comply with a data request if it fails to identify an actual account or is too broad, the company said.

Still, Twitter produced some information for just slightly more than half of its total data requests, according to the report.

Twitter did not say how many data requests it received related to national security matters. Laws have traditionally restricted companies from breaking out the numbers of national security and U.S. Foreign Intelligence Surveillance Court requests they receive.

Some progress was made in this area earlier this year, when the Obama administration reached an agreement with the U.S. Department of Justice and technology companies to let them disclose those requests, but in ranges of 1,000.

Twitter says that's not good enough. The company has met with officials from the DOJ and the FBI in an effort to provide clearer numbers, but so far those talks have not been fruitful. Twitter sent a draft of a midyear transparency report to the DOJ in April, providing information about national security requests, but has not received a response yet, the company.

“We are weighing our legal options to provide more transparency to our users,” Twitter said.