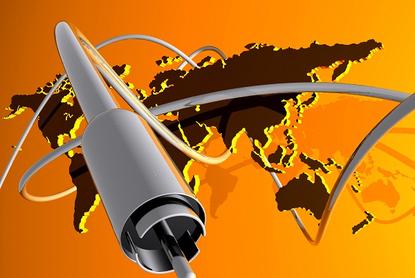 Hosted services provider RackCorp is set to replace up to 200 aging networking switches in Australia over the next four years.

The Sydney-based firm – which operates from 22 data centres in nine countries including New Zealand, the United States and the United Kingdom – is using Brocade’s VDX switches and VCS Fabric technology to meet the high bandwidth requirements of its customers.

“The Brocade switches have been built with software defined networking [SDN] in mind from day one,” said RackCorp CEO and founder Stephen Dendtler.

“Over the next four years, we aim to replace all 200 switches in Australia with Brocade equipment.”

According to Dendtler, its other switching gear was eight years old and provided by another vendor, which he declined to name.

“We host three payment gateways in Australia and those clients do millions of transactions a day,” he said. The eight-year-old switching gear was just not going to cut it anymore, said Dendtler.

“That’s when we started speaking with Brocade. I looked at the latency of their switches, the [data] volume we could push through those switches and the price. Our decision to run with the vendor was based on those three criteria.”

So far, RackCorp has implemented Brocade switches at Metronode’s Perth data centre. In Sydney, it has installed some of Brocade’s equipment at the Global Switch facility.

RackCorp began life as an ISP called NSCorp in 2000. However, in the early 2000s following the dot com bust, Dendtler said the Australian ISP market consolidated.

“One of the things we did in the early days was building a managed services portal where our clients could login and manage their services in an automated manner,” he said.

“Eventually, we realised we were making more money out of the hosted services side of the business. In 2006, we stopped selling the ISP services and just focused on hosted/managed services.”

“That grew over the next two years where we branched into managing equipment in data centres.”