White hat hacker returns to Australia for the NBN 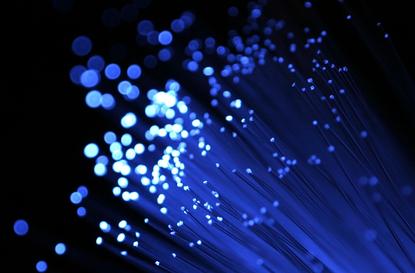 Whitehack owner and director Adrian Wood returned to Australia from Alaska in the United States partly because he could access the National Broadband Network (NBN) for his business.

Wood, who is originally from Tamworth, began his company, which focuses on penetration testing and hacking analysis, in February 2014.

Armidale in NSW – where his business is located – has a population of approximately 23,578. In January 2013, the Armidale council was plugged in to the Armidale Digital Hub, with the NBN connection going live in November 2012.

Wood told Computerworld Australia that another factor behind the move was that his wife wanted to go to university in NSW.

“It [the NBN] allows me to get some of the automated jobs done that require a lot of Internet speed a lot quicker. They can tie up a PC for an hour or two so you want to reduce the time that computers are tied up.”

“Per week, the NBN saves me 10 to 15 hours of work versus an ADSL connection.”

Wood is using four separate 100Mbps NBN connections and reports that he is getting speeds of up to 350Mbps.

Unlike most Australians in the IT industry who head to the US, Wood never made it to Silicon Valley in California. The closet he got was the California hills where he had a 100Mbps connection. That was prior to the move to Alaska.

Back in Armidale, Wood works from home 70 per cent of the time. The remaining 30 per cent is spent at client’s sites, which are often in the United States.

He explained that many of his clients operate in the financial services space.

“Most of my US clients are attracted to the fact that I’m not in their country. Often, I’m coming up with some pretty damaging reports that are affecting someone’s position,” said Wood.

Whitehack employs two other staff members, both of whom are working in the US at the moment.

However, Wood is growing his client base in the New England area of NSW and plans to hire two Australian staff by March 2015.

“There is a data centre that looks like it is going to go ahead in Armidale. If any of the people there are interested in getting a near-by person to do incidence response, I’m right here.”

Wood added that he received assistance from NSW Trade & Investment in connecting to businesses in the New England area that needed his cyber security skills.

“There are so many IT specialists working here [Armidale]. I’ve been able to draw on the resources of local IT professionals when some of my clients were looking for solutions architects or programmers. We have a good network of highly skilled people here," he said.