Bring your own devices (BYODs) and the need to secure them is spurring the market, says Frost & Sullivan 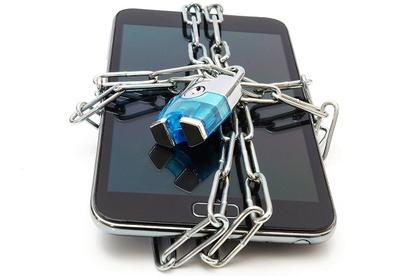 The Australian mobile device management (MDM) market is forecast to be worth $51.6 million by 2016 as more organisations allow personal smartphones into the workplace, according to a new report by Frost & Sullivan.

The report, Analysis of the Australian MDM Market 2014, has forecast that MDM will grow at a compound annual growth rate (CAGR) of 32 per cent from 2013 to 2020.

Key factors driving the MDM market include BYOD in verticals such as government and healthcare that previously did not allow personal smartphones. For example, in March 2013 mobile security vendor Good Technology was certified by the Australian government’s Defence Signals Directorate (DSD) to protect iPhones and iPads used by government employees.

According to Frost & Sullivan Australia and New Zealand ICT practice head of research, Audrey William, the MDM market is highly consolidated with vendors AirWatch, MobileIron and Good Technology accounting for most of the market share.

However, she said new MDM players such as Citrix and VMware could gain a foothold in Australia.

“Citrix’s acquisition of Zenprise in 2013 and VMware’s acquisition of AirWatch in 2014 enabled these vendors to secure a foothold in the market. These two vendors have the opportunity to leverage their expertise in desktop applications and virtualization solutions to address the growing demand for integrated mobility solutions,” William said in a statement.

One analyst is predicting disruption to the MDM market in Australia, however. In April 2014, IBRS advisor James Turner told Computerworld Australia that the market could be “due for a shakeup” following the recent announcement by Citrix that it is offering free XenMobille MDM licences to new or existing XenApp and XenDesktop Platinum customers during 2014.

“The importance of this announcement by Citrix is that they are the first vendor to align with the market. MDM should be viewed as a feature, not a product and this will drive the price down superfast,” said Turner.

Consequently, any security vendor that has pinned their hopes on long term revenue from the MDM market is “destined for disappointment".

“VMware’s acquisition of Airwatch was a strong strategic move in this direction because VMware recognised that its strategy was not right. [VMware] had been trying to make a new virtual device on the original device, but this is trying to replicate their desktop and server strategy,” he said.

According to Turner, no large vendor should be buying MDM vendors for the long-term revenue. “If they are bought, it will be for the capability, and that’s a bitter pill for a software vendor to swallow.”

Frost & Sullivan’s report also found that the MDM market may be impacted by the integration of smartphones with machine to machine (M2M) communications.

“As MDM evolves to a wider enterprise mobility management [EMM] service, managing interactions between a range of connected devices will be a key requirement for the platform,” he said.

“As sensors and integrated chipsets enable devices to interact with users, vendors specialising in M2M communications will gain a foothold in the EMM market. In addition, cloud-based models will offer organisations the ability to manage devices and user profiles from any location, thereby placing smartphones and tablets at the centre of the ecosystem.”