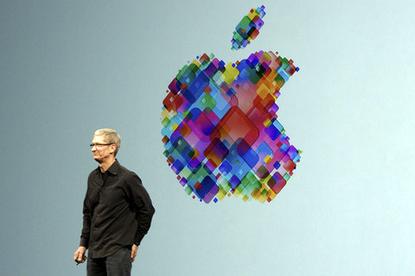 Apple has "never worked with any government agency from any country to create a backdoor in any of our products or services": CEO Tim Cook.

In the period 1 January to 30 June, requests from Australian law enforcement agencies for data from iCloud and iTunes accounts more than doubled compared to the preceding six month period, Apple has revealed.

It disclosed no data in response to 80 requests from government agencies. In the remaining 13 cases Apple disclosed so-called metadata or non-content data.

Apple disclosed data relating to 14 accounts in the six-month period covered by the report. Apple said it objected to disclosing data in 72 cases.

"Any government agency demanding customer content from Apple must get a search warrant," the report states.

"When we receive such a demand, our legal team carefully reviews it. If there’s a question about the legitimacy or scope of the request we challenge it, as we have done as recently as this year. We only comply with information requests once we are satisfied that the request is valid and appropriate, and then we deliver the narrowest possible set of information."

"The vast majority of the requests we receive from law enforcement relate to information about lost or stolen devices, and we report these as device requests," the report states.

"Device requests may include requests for customer contact information provided to register a device with Apple or the date(s) the device used Apple services. We count devices based on the individual serial numbers related to an investigation."

The vendor earlier this week launched a new privacy policy in the wake of the release of a number of individuals' photos, which many attributed to a potential security loophole in Apple's iCloud service.

"Security and privacy are fundamental to the design of all our hardware, software, and services, including iCloud and new services like Apple Pay," Apple CEO Tim Cook wrote in a message posted on the company's privacy policy page.

"... I want to be absolutely clear that we have never worked with any government agency from any country to create a backdoor in any of our products or services. We have also never allowed access to our servers. And we never will.

"Our commitment to protecting your privacy comes from a deep respect for our customers. We know that your trust doesn’t come easy. That’s why we have and always will work as hard as we can to earn and keep it."

Google earlier this week released its own transparency report covering the first half of 2014. Its report Australian law enforcement requests for data about users of Google’s services had declined.

Google provided law enforcement organisations with data in two-thirds of the cases.