SharePoint, Lync and Dynamics CRM Online will be provided to charity workers 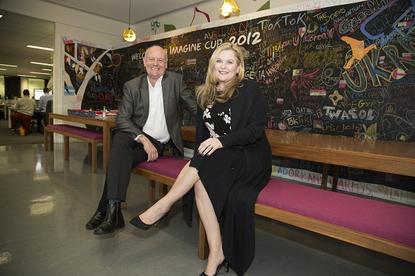 World Vision Australia has been given $4 million worth of Microsoft software including Office Professional Plus 2013, SharePoint, Lync and Dynamics customer relationship management (CRM) Online.

According to World Vision Australia CEO Tim Costello, the Office and Lync software will be used by the not-for-profit’s staff for online collaboration between its Australian offices. Dynamics will be used to upgrade its CRM system so it can send targeted information, such as emails, to World Vision supporters.

“It [the donation] will result in significant software savings, making even more funds available for our work in the field, where it is needed most,” he said in a statement.

"The Dynamics CRM will also give World Vision a better understanding of what our supporters want by learning about how they engage and interact with us through multiple channels," the spokesperson said.

"From this, we can understand their preferences in receiving information they feel is relevant to them and give them more control over their relationship with World Vision."

The $4 million software donation was part of the Microsoft Citizenship program, which provides technology and resources to not-for-profit organisations around the world.

In addition to the donation, Microsoft Australia staff will volunteer for World Vision’s Young Mob Leaders Program. The program is designed to help young Aboriginal people find work and learn more about their Indigenous culture.

According to Microsoft, it donated more than $50 million of software to Australian based not-for-profits during 2014.