National cricket body gets ready for a digital summer 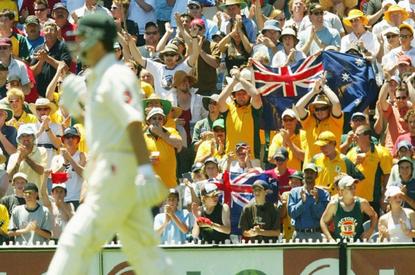 Cricket Australia is looking to ramp up its digital offerings for cricket fans this summer with an Android smartwatch app and new websites due to launch in November 2014.

Cricket Australia's executive general manager of media, communications and marketing, Ben Amarfio, told Computerworld Australia that it has developed an Android smartwatch app that will deliver cricket scores and live updates to the wearer.

If the smartwatch app is a success, Cricket Australia will look at other platforms such as iOS.

“That won’t be streaming of matches but live streaming of behind the scenes footage, post-match coverage and training sessions,” said Amarfio.

Staying with Facebook, Australian cricket players Glenn Maxwell and David Warner have signed up to use the Facebook Mentions iOS app.

The app is designed for actors, sportspeople and musicians to spot conversations on Facebook that mention them. They can than leave a comment on the fan’s Facebook page.

If a cricket match is trending on Facebook, Maxwell and Warner could potentially join in the conversation with fans.

“It [Facebook mentions] has been quite popular with National Football League [NFL] players in the United States. This is a bit of a first for Australia with our athletes taking it up,” said Amarfio.

Cricket Australia currently has 3.5 million likes on Facebook and 300,000 followers.

“In the past, we had one website that tried to suit all purposes. It was trying to be a cricket administration site as well a fan site. Based on feedback, it was very clear to us that we needed to make a better separation between those two aspects."

Cricket.com.au will focus on news and entertainment from the Australian men’s and women’s cricket teams, T20 league and international matches.

During the height of the cricket season in December 2013, its existing website received 800,000 unique visitors.

“Over the course of the last 12 months, we were averaging 450,000 unique visitors per month,” said Amarfio.

Cricket Australia uses a metric called Unique Audience, a service provided by Nielsen which is regarded as a standard metric for online audience measurement in Australia.

“We like to think that we know what our fans want and deliver that to them in spadefuls. It’s about getting new scores up as quickly as possible, in-depth interviews and the latest news,” he said.

For example, cricket scores are popular as are video highlights and live audio streams from the Australian Broadcasting Corporation (ABC) radio and Fairfax radio.

Cricket Australia employs 21 people in its digital media team. Of those, 11 are producing news and videos for the site.

“Summer is when we get most of our [website] traffic but we’re getting unique visitors every month. That’s because we’re covering cricket 12 months of the year. We cover all the series that get played around the world, whether its county cricket in the United Kingdom or international matches.”

The organisation will be employing extra staff for the upcoming Cricket World Cup. This takes place from 14 February to 29 March 2015 in Australia and New Zealand.

“There will be blanket news coverage but you won’t see live match vision from us,” said Amarfio. “The [broadcast] rights are held by the International Cricket Council [ICC] and they have granted them to their broadcast partners.”

Cricket Australia has been working with IT partner Accenture on the new websites and smartwatch app. Accenture was recently awarded a four-year contract to help the organisation with data analytics, social media and content management. The data analytics will include traffic usage and fan engagement.

“We are very keen on knowing what content is being consumed and how, so that we can do more of the content that fans want,” said Amarfio.

“I have made it very clear to our guys that I want us to be on every platform that people are. We’re across smartphones, tablets and PCs. If smart TVs take off, we’ll be there.”

However, Cricket Australia has no plans to follow the Australian Football League (AFL) and release a Google Glass app yet. Despite Google Glass not being commercially available in Australia, Telstra and Seventh Beam developed an app called AFL Glassware in September 2013.

The app allows AFL fans to choose a live game commentary or have the commentary translated to text via the optical display. Customers can also view scores and stats while watching the match.

“It’s too early for us and we’re going to concentrate on where the fish are. If Google Glass takes off and millions of people start adopting it, than we’d be mad not too,” said Amarfio.

“There’s always a myriad of opportunities and some of them are a bit gimmicky. We will focus on where most of the fans are and where it makes commercial sense for us to be involved.”

An area that has made commercial sense for Cricket Australia is a live match streaming subscription service called Watch Live, which can be accessed via its Live iOS and Android app. Released in November 2013, more than 1 million people have downloaded the app.

Punters are charged an annual fee of $19.99 to use the video streaming service. If people don’t want to pay for an annual package, they can get a daily pass for $4.99.

In addition, people can listen to an audio only stream from Cricket Australia’s radio partners including the ABC and Fairfax radio stations.

“The complication we have is that Cricket Australia did a lot of international TV deals where the digital rights had been included with the TV rights,” said Amarfio. “We were blocked out of streaming into markets where those partners were. What we have been doing is going through the process of carving out those digital rights.”