More work to be done. 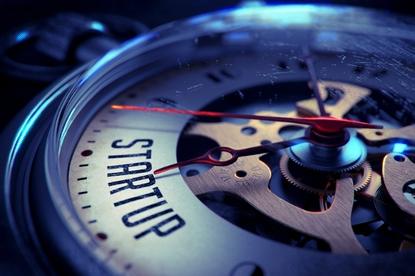 Australia’s startup scene has welcomed changes by the Abbott government to taxation of employee stock option plans (ESOPs) as a positive first step toward a thriving startup ecosystem.

Prime Minister Tony Abbott announced yesterday that the government will reverse tax rule changes made under Labor in July 2009 that have discouraged Australian startups from providing employee stock ownership plans to employees. The rules required that the employee is taxed on the value of the share option when it is issued, before any payments are made.

The change, to be made as part of the government's "Competitiveness Agenda", will apply to all companies and mean that options won’t be taxed until the employee executes the option. This is better for cash-poor early stage startups, which can use share options as an alternative to a larger salary.

“The fact that the hugely damaging regulations around ESOPs for startups are finally being changed is hugely positive, and the Government should be rightly commended for doing so,” said Peter Bradd, a board member of StartupAUS, a group that advocates for startups.

“However, the Competiveness Agenda is but the first step of many. There is still a huge amount of work to be done, but this hopefully signals that we are on the right track.”

Jana Matthews, another StartupAus board member and the director of the University of South Australia Centre for Business Growth, also urged government to do more to drive startup growth.

“While anecdotal evidence and recent funding news would suggest that there are rising levels of venture capital being invested into startups, the reality is that Australia still lags behind other developed nations, including our regional neighbours such as South Korea, Singapore and New Zealand,” she said.

“We welcome any moves by the government to foster investment in startups – and hope that an effective Entrepreneurs Investment Program grant scheme is next on the government agenda.”

Nick Abrahams, an attorney with Norton Rose Fulbright who has lobbied on the share options issue for three years, applauded the changes announced by the government.

“The reforms send a positive message to the innovation community that the government has listened to them and values their contribution to Australia,” he said.

“I see Australian companies, whether startup or mature, as well as foreign tech companies will now embrace employee ownership incentive plans to the benefit of Australian employees.”

“The new ESOP rules will enable young Australian companies to offer a portion of their business to match the generous salaries offered by well-funded international companies, which are bidding for the same talent,” he said.

Only one in 10 startups had an ESOP scheme under the previous tax approach, said Woolrych, citing a LawPath survey. More than 90 per cent of companies without an ESOP scheme said they didn’t have one because of high cost and complexity, and 80 per cent said they would put in place an ESOP if they were taxed more favourably, he said.

“All companies should be far more open to issuing options to employees under the new regime,” he said.

“The process of setting up an Employee Share Plan is now far easier with no need for complex synthetic loan plans. Companies will only need an Option Plan Agreement as there will be no tax implications until a positive election by the employee. The new Scheme will greatly reduce legal fees and administration costs.”

“Although the release lacks some information about limits and mechanisms, it does highlight the intent to effectively distinguish our situation as a startup from a policy that was originally introduced to curb excessive executive compensation loopholes at the big end of town,” he said.

Tan asked whether restrictions to be imposed on which companies get tax incentives for ESOP schemes will reverse a recent trend of startups pursuing market listings.

The government has said there will be $200 million in tax incentives over four years for employee share ownership for companies with less than $50 million aggregate turnover that are unlisted and younger than 10 years old.

Tan said an increasing number of startups have been looking at ASX or other public market listings as an alternative for early funding.

“Some are doing backdoor listing,” he said. “Does the exception of listed companies here start to reverse this trend?”