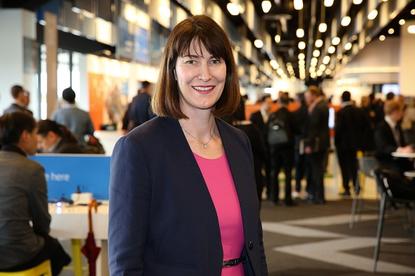 Dell going private a year ago has allowed the vendor to focus on where investments need to be made, rather than being beholden to shareholders says Australia and New Zealand managing director Angela Fox.

“It was interesting to hear from our customers [at the user forum] saying, unprompted to me, that they’re seeing the benefits of it,” she said.

“They are sensing a real agility, energy and entrepreneurial spirit and approach. It [privatisation] gives us the ability to take a more medium to long term perspective. We’re not under the same quarterly pressures that are associated with a publicly listed company.”

According to Fox, going private has allowed Dell chairman and CEO Michael Dell and the senior leadership team to be “consciously aware” of where they think investments need to be made in order to build on Dell’s strategy of being an end-to-end solution provider.

“Over the last five years there have been a number of acquisitions [by Dell] so it’s an opportunity for us to consolidate and think about how we bring the different value propositions together. It could be as simple as integrating some of that technology into the design of our products,” said Fox.

For example, she said that Dell A/NZ is making investments in cyber security division, SecureWorks, and is looking to build out the team in Australia.

“That can be anything from security consulting services through to managed outsourced security. We will continue to look at whether we have a [SecureWorks] security operations centre in Australia. We don’t have plans at this stage but it’s something we wouldn’t rule out.”

According to Fox, Dell is “definitely not exiting the hardware business” as the vendor sees workstations, laptops, tablets and servers as part of its core strength as an “end to end solutions provider.”

When asked about HP splitting into two firms, she said the strategy could “create a degree of uncertainty in the short term.”