But government approval process could extend into next year, says Bill Morrow 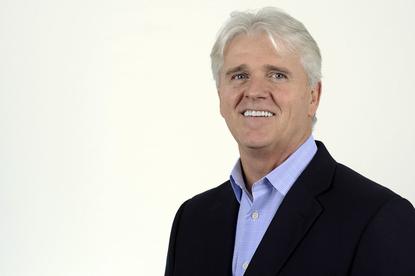 National Broadband Network negotiations with Telstra are on the “home stretch” and could be submitted for government approval by the end of the year, NBN Co CEO Bill Morrow has said.

"I don’t think this is an issue that extends into next year,” Morrow said on a financial results call for the three-month period ending 30 September.

Telstra and NBN Co are still wrangling over the language, but the material issues have been settled, he said.

The bilateral agreement with Telstra will still require approval by the ACCC and ratification by the federal government, and this second step might not occur until early next year, said Morrow.

Morrow added that “things are in good shape" with the separate negotiations with Optus about tapping the telco’s HFC network. He said an Optus agreement can likely be completed around the same time as the Telstra deal, and that NBN Co should be able to switch HFC over to the NBN in the second half of next year.

“We do have ... confidence that an agreement will be reached with both of these companies, and we have taken steps to move forward with the planning, design and construction of the fibre-to-the-node (FTTN) component of the network, previously referred to as the 1000-node construction trial,” he said.

NBN Co and Telstra have begun construction of the first of 1300 nodes in New South Wales and Queensland that aim to bring service to 200,000 households, said NBN Co.

Also, Optus, M2 and iiNet have joined FTTN end-user trials in Umina, NSW, and NBN Co is nearing completion of nodes in a second trial in the Melbourne suburb of Epping, it said.

NBN Co said it has also integrated all 121 points of interconnect, a nationwide network of exchange buildings where telcos and ISPs can connect their networks to the NBN. The NBN transit network, which will use 54,000 km of fibre to link the 121 POIs, remains on track for completion this year, it said.

In its financial-year first quarter results, NBN Co reported steady growth of customers and revenue, but the company had higher costs and is still not profitable.

NBN Co increased revenue 32 per cent over the quarter to $29 million. That is more than triple the $9 million revenue reported one year ago in Q1 FY 2014. Also, average revenue per user (ARPU) grew to $39, up $3 from the same quarter last year.

NBN Co received an additional $997 million equity funding from the Commonwealth in the period.

"There’s much work to do to move from a linear growth curve to one that is exponential,” Morrow said on the financial results call.

“This is vital for us to achieve our ultimate target of 8 million active end users by the year 2020. The good news is that there’s a lot of work already under way to support this goal.”