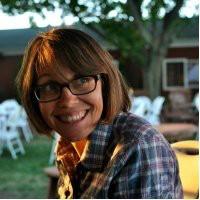 Anticipated Republican gains in the U.S. Congress after next Tuesday's election have limited implications for tech-related issues like net neutrality and reform of National Security Agency surveillance programs, with some observers expecting no huge changes.

Many pollsters and prognosticators are predicting Republicans will add to their majority in the House of Representatives and possibly take over majority control of the Senate, allowing Republicans to set the legislative agenda for the next two years.

In recent years, with split party control in the two chambers of Congress, it's been difficult for lawmakers to pass any major pieces of legislation, particularly involving anything controversial. That may not change with Republican majorities, with many in their ranks resisting new regulations, with a few exceptions.

On many tech issues, however, there isn't a clear partisan breakdown and trade groups have worked to court lawmakers in both parties. Here's how Republican control of Congress could affect several major tech-related issues.

Majority Republicans in the House have attempted several times in recent years to stop the U.S. Federal Communications Commission from creating net neutrality rules. Those efforts have gone nowhere, partly because of a Democratic majority in the Senate that supports new rules.

If Republicans take control of the Senate, there may be a new push to stop the FCC's current net neutrality rulemaking proceeding. The Democratic minority in the Senate would have the numbers to filibuster any legislation, however, and President Barack Obama almost certainly would veto any legislative efforts to sidetrack the FCC's proceeding.

Some observers say they don't expect Congress to focus on the issue, because it's in the FCC's hands. If the FCC's rules don't heavily regulate broadband providers, Republicans in Congress may see little benefit to pushing against net neutrality rules when their efforts would be unlikely to become law, some observers said.

Nearly 4 million people filed comments in the FCC's net neutrality proceeding and it appears that a large majority of those support net neutrality rules, noted Althea Erickson, policy director at Etsy, an online marketplace that has supported strong rules.

On any attempts to overturn FCC net neutrality rules, advocates and members of the public "would have their back and take that fight to the Senate and the House to protect the rules," Erickson said. The people who've filed millions of comments at the FCC "could easily turn their attention to the folks ... who might try to overturn those protections."

That said, if Republicans gain control of both houses of Congress this year, then maintain that majority, and if a Republican president is also elected in 2016, then net neutrality rules could be in trouble.

NSA reform isn't a partisan issue, with liberal Democrats joining with Tea Party and libertarian-leaning Republicans to push for major changes in surveillance programs. Lawmakers are likely to push for a vote on the USA Freedom Act in a lame-duck session of the current Congress, following Tuesday's elections.

Some of the loudest voices against sweeping reform have come from Republicans, including Representative Mike Rogers of Michigan. But Rogers, chairman of the House Intelligence Committee, announced earlier this year he's leaving Congress to become a radio talk show host.

On the other side, the Senate may lose one of its loudest voices for surveillance reform. Senator Mark Udall, a Colorado Democrat, faces a tough re-election fight.

Still, Republican gains in Congress could come from the Tea Party and libertarian wings of the party, with many new lawmakers generally skeptical of government surveillance programs.

"I think this is actually an opportunity for the Republican party in a big way," said Chris Calabrese, senior policy director at the Center for Democracy and Technology (CDT), a digital rights group that supports surveillance reform. Republicans, by passing surveillance reform, can "put their stamp on privacy and become the libertarian privacy party that core parts of the Republican party would like it to become."

CDT and several other tech groups would also like to see Congress update the Electronic Communications Privacy Act (ECPA) to give more privacy protections for stored electronic communications. The Email Privacy Act, an ECPA reform bill introduced in the House last year, had 270 cosponsors, more than half of all House members, but failed to move forward.

Tech groups have been pushing for ECPA reform since early 2010, but Congress has failed to pass legislation.

Some of the loudest voices calling for regulations to protect the privacy of Internet users and limit the amount information that online services can collect have been Democrats, including Senate Commerce Science and Transportation Committee Chairman John "Jay" Rockefeller of West Virginia. A Republican Senate majority, with a new committee chairman, would be less inclined to pass new privacy regulations.

Some Internet companies argue legislation isn't needed because they are responding quickly to privacy concerns. Privacy advocates have disagreed, saying too many online services continue to experiment with new data collection methods without considering consumer privacy.

"It's such a fast-moving industry," said Michael Beckerman, president and CEO of the trade group the Internet Association. "It's incumbent upon the companies to ensure privacy policies are responsive to the users and that's happening on a daily basis."

Again, Republicans may be less inclined to create new cybersecurity regulations, although Rogers and other Republicans have sponsored controversial bills that would allow U.S. companies to more easily share cyberthreat information with each other and with government agencies.

Because of backlash from privacy groups, those cyberthreat-sharing bills have stalled. More expansive cybersecurity bills, including proposed security regulations at businesses operating critical infrastructure, also haven't gotten off the ground because of Republican concerns about too much regulation. In both cases, expect little change with a more Republican Congress.

Still, with major data breaches making the news frequently, Congress may have some pressure to take action, said Veronica O'Connell, vice president of government and political affairs at the Consumer Electronics Association.

"If there is another major breach -- similar to Target or Home Depot -- both chambers will examine" the issue, she said.

While patent reform doesn't resonate with the public the same way as net neutrality or surveillance, tech groups have been pushing Congress to pass legislation that targets so-called patent trolls.

Late last year, the House, in a lopsided voted, passed the Innovation Act, which would have limited patent-holding firms from filing multiple infringement lawsuits or demanding licensing deals. Legislation stalled in the Senate, however, over concerns that it would hurt small inventors.

A Republican Senate may be "more friendly toward final passage," O'Connell said.

Republicans may make patent reform a priority to show the tech industry they care about its issues, added the Internet Association's Beckerman. Republicans may "want to show some legislative victories early," he said.