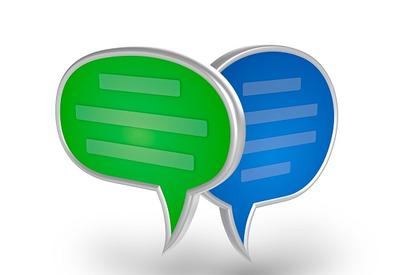 Lockyer Valley Regional Council (LVRC) in Queensland has cut wait times and improved customer service for ratepayers by using a live chat service on its website.

LVRC rolled out the Citrix GoToAssist Corporate Chat service in March 2014. Customer support officers can now be on the phone to one person while answering live chat questions on their computer screen.

“Live chat is run between the hours of 8:30am to 4:45pm but people love it because they can get through quickly and get a response. With a telephone call, they sometimes had to wait until the line was free,” said LVRC project manager Paul Cranch.

“Customers, especially the younger generation, have appreciated the service. When we did a customer service feedback survey recently, we had a 100 per cent positive result, no-one had anything bad to say about it [live chat].”

There are approximately 30,000 people living in the Lockyer Valley area.

In February 2014, LVRC rolled out the Citrix videoconferencing service GoToMeeting to managers, executives and department to reduce its travel bill.

“If we had consultants coming out to a regional area, we had to pay for accommodation and travel. Using videoconferencing is a lot quicker and more effective,” said Cranch.

For example, LVRC staff can now invite the consultant to an online meeting.

The videoconferencing service has also simplified council record keeping. Prior to the rollout, LVRC staff would have to keep paper minutes of meetings.

Now, the LVRC records all of its meetings so if an LVRC council member is unable to attend a meeting, they can access a video and audio recording.

In addition to GoToMeeting, the council is using video screens called Mondopads.

“We can do point-to-point video conferencing using those devices. We have a 70 inch Mondopad in our council chambers and a number of other screens around council in our meeting rooms.”

“With GoToMeeting we can change the presenter to one of the remote sites. For example, if the Laidley office wanted to show us a presentation, we can change it so they can present.”

Cranch added that the video conferencing service could prove useful during an emergency situation. For example, all of the state and federal government departments could connect to the council while LVRC staff out in the field could dial in using their iPad and send photos of natural disasters.