Optus is only network that shares 4G LTE with MVNOs 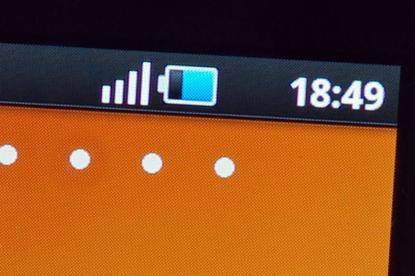 Mobile users looking for lower prices for higher data caps often turn to mobile virtual network operators like Vaya, Lebara and Amaysim. However, many MVNOs do not yet offer the 4G services sold by the big three telcos.

To date, Optus is the only wholesale 4G provider in the Australian market. As a result, only MVNOs on the Optus network are yet able to provide 4G services. However, it is expected Telstra and Vodafone will follow eventually.

“When we launched our 4G network we ensured it was available on a wholesale basis to our partners from day one,” an Optus spokesperson said.

“Optus’ wholesale strategy is based on sustainable growth, fostering competition and providing consumers with greater choice. We work directly with our wholesale partners to deliver a range of services that their customers want, including superfast 4G.”

Telsyte analyst, Alvin Lee noted that Optus “has a much larger base of wholesale mobile customers compared to Telstra and Vodafone, and the MVNO market has been one of the key growth areas in the past two years.”

“Strategically it makes more sense for Optus to make 4G available to its wholesale customers,” he said.

“We see 4G as the next stage in the evolution of our wholesale product,” a Telstra spokesperson said.

“In the meantime, as more Telstra Retail customers take up 4G, it opens up more capacity on the Telstra 3G network, which benefits our wholesale customers.”

Over the past year, Telstra has added postpaid and other features to its wholesale platform for MVNO customers and increased 3G speeds and coverage, he added.

Telstra has not historically opened its most cutting edge wireless technology to wholesale customers, and this is unlikely to change, said Chris Coughlan, an independent telecom analyst.

“Therefore we can expect LTE being made available sometime after Telstra retail starts making LTE-A the standard offer.”

Lee said this is not likely to happen in the near term because the 4G network is still a key advantage for Telstra.

IBRS analyst Guy Cranswick agreed. “It establishes a firm differentiator between what Telstra offers and any MVNO.”

Vodafone won’t say why it has not opened 4G to wholesale customers. “Vodafone has no comment as it is a commercial matter,” a spokesperson said.

“Vodafone's situation is unique with its recent problems and it wouldn't want to lose any significant brand value and service quality by allowing MVNOs to ride on their 4G network,” said Cranswick.

“If they followed Optus they dilute the revenues (possibly) and the brand; if they emulate Telstra they maintain revenue, but more importantly for Vodafone's long term strategy, they have to rebuild the brand around 4G.”

What about TPG and Amaysim?

While most Optus MVNOs now offer 4G, two notable exceptions are TPG and Amaysim. However, that seems likely to change in time.

“We don’t offer 4G plans at this time,” said TPG general manager of consumer, Craig Levy. “This may change in the future.”

Meanwhile, an Amaysim spokesman advised to “stay tuned” on 4G, but said that the company is still seeing strong growth and uptake of its 3G plans, and 3G speeds are still improving.

“That said, 4G is undoubtedly becoming more readily understood in the market as the carriers promote it heavily and mainstream awareness and access to it rises,” he said.

“We’re working on our 4G approach, but don’t want to merely launch cookie-cutter plans that give average inclusions and force people into higher price brackets.”

While some industry observers said they believed Amaysim’s wholesale agreement with Optus might not include 4G LTE, the Amaysim spokesman seemed to indicate otherwise.

“While we don’t discuss the commercial terms of our agreement due to confidentiality, I can say that our wholesale partnership is a solid one which gives us access to new technologies like 4G.”

Analysts said it’s only a matter of time before Amaysim sells 4G services.

“Telsyte expect 4G services to make up 50 per cent of all mobile services by 2015, and we anticipate Amaysim will introduce 4G offerings to address the increasing demand in the market,” said Lee.

Cranswick agreed. He said that Amaysim “may have done OK with that sector of the market that prefers access price rather than higher service quality. Over time that will erode, as it usually does, and then they may have to offer a better network.”

Update 7 January 2015 Optus last month announced a new wholesale agreement with Amaysim that will allow the MVNO to sell 4G services. However, Amaysim has not yet announced when it will launch 4G.