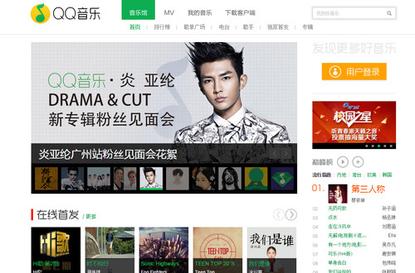 China's rampant piracy has made the country an unfriendly market for digital music, but the U.S,'s Warner Music Group hopes to change now that it has cut a distribution deal with one of the country's biggest Internet firms.

The Chinese Internet giant already licenses Warner's music for its own streaming audio service. But the deal announced Thursday seeks to "accelerate" the development of licensed music models in China by working with Tencent to provide better audio and entertainment services.

China has over 600 million Internet users, but music companies have struggled to tap the market due to piracy. However, there was a breakthrough in 2011 when Baidu, the country's leading search engine, agreed to license music from three major record companies, after years of criticism for allegedly promoting pirated songs.

More licensing deals with China's major online music services have been struck since then. But digital music sales in the country are still minuscule: an estimated US$82.6 million last year, according to the International Federation of the Phonographic Industry (IFPI). That's a drop in the bucket, considering that China's digital music industry had an estimated total value of $4.9 billion in 2012, the IFPI said in an annual report.

Part of the problem is that music providers, such as Baidu, offer free licensed music, in addition to paid services. At the same time, the country still has many smaller websites distributing unlicensed music downloads.

Warner's deal with Tencent is focused on providing high-quality music through the Chinese company's many different platforms. Tencent's most popular product is chat client QQ, which has over 800 million users. It also runs a top Internet portal in the country and social networking and videos sites, and has a mobile messaging app with 468 million users. Artists from Warner will have greater access to promote themselves on all these products as part of the partnership.