Some progress has made to improve online services but more work needs to be done, says Paul Fletcher 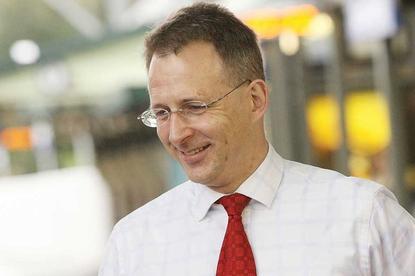 Employing digital service brokers to deliver online government services for citizens has been flagged as a way to repair the public sector’s bad reputation for service delivery.

A report compiled by NICTA, and released on Wednesday by Paul Fletcher, parliamentary secretary to the minister for communications, said there is an increasing role for these brokers to deliver traditional government services to citizens.

“Globally, governments have developed a bad reputation when it comes to service delivery for citizens – paper-based forms being mailed out and mailed back in again; lengthy waiting period and byzantine processes which are out-of-step with a world accustomed to instant, always-on communications,” Fletcher said at the FutureGov Summit in Canberra.

The National Commission of Audit earlier this year discovered that in 2012, 50 per cent of the services provided by the Department of Human Services were not conducted online, Fletcher said.

“The ATO still sends out 10 million notices a year in hardcopy,” said Fletcher.

Fletcher said the Abbott government had committed to improving the delivery of government services online with its ‘Convenient Services Anytime Anywhere’ policy launched during the last election.

The NICTA report cited brokers such as the UK’s Digital Government Service, and Australian examples like Service NSW and Canberra Connect, and HubCare.

In eight years, HubCare – an independent broker operating in the childcare and community sector – has expanded to cover 1,200 early childhood services for 1.4 million customers.

Users who opt-in to the HubCare app can update their details and share documents and information across many public sector agencies without having to go through the same process each time to access a different service.

Fletcher said citizens want the same, efficient service experience they get from private sector organisations such as online retailers, airlines, and banks.

Rather, the UK government has created reusable, interconnected, easily replaceable components that can be used and shared by everyone.

This initiative is a telling contrast to the typical government response to IT project design where everything is done in-house and a department decides what the end user wants, Fletcher said.

“The typical mindset is that government should own the data and control the data within departmental silos. But this approach is increasingly incompatible with end user needs in the digital age,” he said.

However, Fletcher said there has been good progress in some areas. For instance, myGov provides a central account linked to Medicare, Centrelink, The Australian Taxation Office, Child Support, The Department of Health, The Department of Veterans Affairs, and The National Disability Insurance Agency services, he said.

“The [myGov] site has around 5 million registered users and is accessed by over 150,000 users each week,” he said.

Other areas where progress has been solid include online tax returns, electronic visa processing and cargo manifests.

“But there is much yet to be done and Australians are clamouring for more,” said Fletcher.