How SBS scaled up for FIFA World Cup online

More than 13 million streams of broadcasts were viewed, says broadcaster 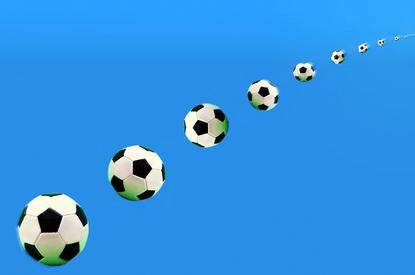 The expectations of millions of soccer fans who got up in the early hours of the morning to watch FIFA World Cup matches on SBS TV or online meant the Australian broadcaster could not afford to have an outage or downtime.

SBS broadcast all 64 FIFA World Cup matches on TV and via its website. According to SBS, its TV broadcast reached an audience of 10.8 million Australians, with more than 13 million Internet streams that were viewed while the SBS World Cup app was downloaded 400,000 times.

To ensure there were no outages, additional servers were needed to manage the broadcasting load and support online traffic spikes.

SBS's building infrastructure and services manager, Angus Martin, said that prior to the FIFA World Cup, it had experienced a couple of IT challenges in the broadcast room.

“The broadcast room had 80 racks and heat load of 2.5kw per rack. Over time, the density of racks increased and the heat load had risen to between 5 and 7kw, depending on the rack. As a result, we were running out of redundancy and needed to put more air conditioning in. The other challenge was that we were overloading our existing chiller plant," he said.

The cooling system also uses dynamic free cooling (DFC). This means that in winter time, it can cool the broadcast room by using outside air supplies leading to a reduction in the broadcaster’s energy costs.

“We’ve been more than pleasantly surprised because the nature of broadcasting these days is multi streaming of content. Based on the FIFA World Cup and the amount of information SBS was pumping out, the system worked really well and there was no point where we felt we were compromised,” said Martin.

He added that it is anticipating traffic spikes for the Tour de France cycling event which begins on 4 July, 2015.

“We are in a better position to deliver what the organisation has been looking for because we can increase [rack] density,” Martin said.

Da Silva stressed that SBS wants to meet the expectations of viewers for high definition TV and online services.

“The changes of the past few decades have led to organic growth in our digital broadcasting environment as the organisation responds to underlying business needs. Our function within the facility is to respond to engineering requirements to help support the servers.”