The Upload: Your tech news briefing for Wednesday, January 7 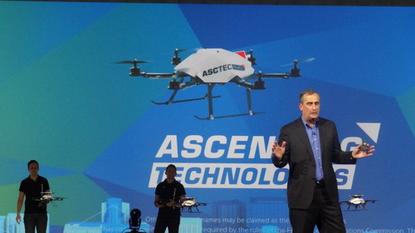 Beat out of a windfall?

Apple's headline-grabbing $3 billion acquisition of Beats last year was a nice earner for Dr. Dre and Jimmy Iovine -- but were the co-developers of the iconic headphones cheated out of their fair share? That's the claim of a lawsuit charging fraud that's been filed by Monster and CEO Noel Lee.

After thoughtlessly stepping in a big pile of controversy over women in tech last summer, Intel is stepping up to tackle the diversity problem: CEO Brian Krzanich said in his CES keynote address that it's putting $300 million against the hiring and retention of women and minorities, and has set the target of dramatically improving diversity of its workforce by 2020, USA Today reports. And it's linking executive compensation to their success in moving toward that goal.

Yes, the Internet of Things has a dark side

While marketers on the floor at CES tout the magic of a hyper-connected world, most savvy technologists are all too aware of the cost that may be paid in lost privacy and security. The top regulator for consumer issues in the US provided a balancing view in her keynote speech at the show: Federal Trade Commission chairwoman Edith Ramirez warned that the Internet of Things comes with ubiquitous data collection, unexpected uses of consumer data, and security threats, the Wall Street Journal said.

Autonomous vehicles are getting closer to the mainstream: At CES, Ford said a fully autonomous Fusion Hybrid research vehicle is being tested on the road now. It uses the same semi-autonomous technology some Ford cars now have, and adds sensors that generate a real-time 3D map of the surrounding environment.

Toyota's fuel-cell patent plan is more important than you realize

Toyota's plan to issue royalty-free licenses on its 5,680 patents concerning hydrogen fuel-cell technology isn't as sexy as Samsung's 4K TVs or LG's curved mobile phones, but it could have much more significance. The move might just kick-start the next phase of the auto industry. "This is where we see the automobile industry going for the next 100 years," a Toyota executive said at CES.

Curve screens may be a passing fad on TVs, but at CES they are appearing on computer monitors, whose makers say they provide a more immersive viewing experience. The design strategy may work better on a screen meant for one-person viewing than it did on a TV, where curves don't really serve multiple perspectives.

There's another OS for wearables

Mozilla won't be left on the sidelines of the wearables movement: It's moving its Firefox OS into the space to run things like smartwatches and smart glasses -- and home appliances, to tick another box on this year's CES trend-bingo sheet.

And you thought waiting for the cable guy was bad

In an eyebrow-raising (or is it jaw-dropping?) move, Verizon has told enterprise customers to plan for a two-day outage of its Verizon Cloud service later this week as it shuts down for maintenance starting early Saturday morning. Analysts covering the hotly competitive space expect the likes of Amazon, Microsoft and Google to take advantage of the telco's misstep: one called it "insanely stupid."

In other Verizon news...

The telco's CEO threw a dash of cold water on rumors that it is in talks to acquire AOL. He said to look for partnerships with media companies, not acquisitions, the Wall Street Journal reports.

The Sony Walkman is making a comeback -- at a $1200 price. See Martyn Williams go hands-on with the new high-end player at CES.

They don't make a lot of headlines, but the tiny sensors that track movement, orientation and pressure are the quiet heroes of the International CES trade show. http://www.computerworld.com/article/2865278/mems-sensors-are-the-quiet-heroes-of-ces.html, sensors with impossibly small mechanical parts and are mounted on chips just a few millimeters across.