Many 4G customers could be missing emergency alerts

Two-year-old problem won't be fixed until next summer 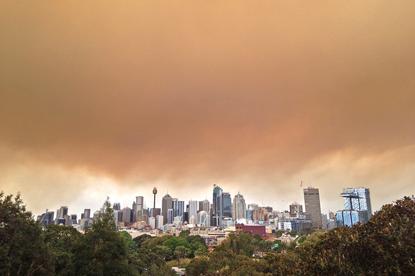 Smoke over Sydney during bushfires on 17 October 2013. Credit: [[xref:http://www.flickr.com/photos/aschaf/|Andrea Schaffer]]

Mobile customers on Optus and Vodafone's 4G networks might not always receive emergency alerts from the National Emergency Warning System due to compatibility problems that prevent the transmission of the user’s location on 4G.

Optus and Vodafone are the number two and three telcos in Australia by customer base. The problem, which also affects resellers that use the Optus or Vodafone 4G networks, has existed for more than two years at Optus and one-and-a-half years at Vodafone.

Optus opened its 4G network in September 2012, while Vodafone launched its network in June 2013.

A solution may not be implemented until late spring 2015 at earliest.

“We expect to have an agreement, and 4G technical solution, in place later this year ahead of the 2015/16 bushfire season.”

“Optus was ready and prepared to deliver a solution subject to approval by the Department of Justice.”

As an interim solution, Optus and Vodafone have been able to determine location of 4G users when they make calls or send text messages on the 2G and 3G networks.

Telstra 4G customers are not affected. The Telstra 4G network has been compatible with the emergency alert system since January 2014.

Yatango, a mobile virtual network operator (MVNO) that rides on the Optus network, this month described the problem on its blog and in an email to customers.

“This issue only affects customers with 4G when they are within a 4G coverage area. This means that when you leave a location and enter an emergency zone without using your device, you may not receive a location-based warning.”

The Emergency Alert website explains the problem in more detail:

This means that, currently, Optus and Vodafone 4G customers may only receive a location-based Emergency Alert message when they are within a warning area covered by the two carriers’ 4G networks and they have made or received a call or sent or received a text in the hour before. Such usage causes a 4G mobile to revert to the 2G/3G networks, where Optus’ and Vodafone’s Emergency Alert Location Based Solutions can detect its location. Without such usage, Optus and Vodafone may not be able to detect a 4G mobile on their 4G networks for the purposes of Emergency Alert and, therefore, the 4G mobile will not receive the location-based warning message sent to all mobiles.

This also means that when an Optus or Vodafone 4G customer travels entirely within a 4G coverage area and does not make or receive a call or send or receive a text in the preceding hour, Optus and Vodafone may not be able to detect their position for the Emergency Alert Location Based Solution. Consequently, should the customer enter a warning area within the 4G coverage when the emergency services send a location-based alert, they will not receive the message.