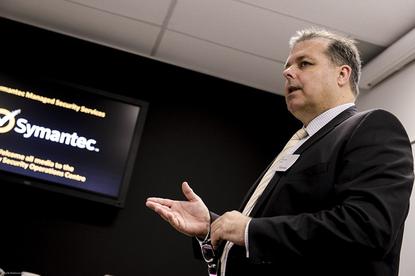 Symantec's Australia and New Zealand managing director, Brenton Smith, has quit his post after more than two years in the role to pursue other interests.

He was appointed A/NZ managing director in July 2012. Prior to this role, he was Asia Pacific and Japan vice president of the Symantec.cloud business in Singapore.

A Symantec spokesperson said that Symantec Victoria district director, Paul Simos, has been appointed as the acting head of enterprise sales for the Pacific region.

“Simos will assume all responsibilities for the Pacific enterprise sales business effective immediately and will continue to lead this team until the operational separation of the two businesses,” the spokesperson said.

“Pacific is a key market for Symantec and we remain committed to our customers and partners in this market.”

In October 2014, Symantec announced that it was splitting into two companies, with one focused on security and the other on information management.

"It has become clear that winning in both security and information management requires distinct strategies, focused investments and go-to market innovation," Symantec president and CEO, Michael A. Brown, said in a statement at the time.

The separate companies will have more flexibility and be able to focus better on their respective areas, he said.