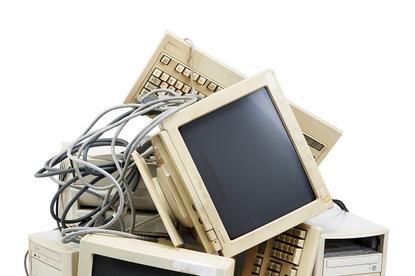 Australia is a big generator of e-waste per capita, and the systems in place to recycle technology are lacking compared to schemes in Japan, Finland and Germany, according to a new report.

“Compared with Japan and the northern European countries, Australia’s e-waste system is in its infancy. Progress has been made since the introduction of the <i>National Waste Policy</i> in 2009 and the <i>Product Stewardship Act</i> in 2011. But with e-waste in Australia growing three times faster than other waste categories, the capacity of the country’s systems will have to grow and adapt,” read the EIU report.

The introduction of the National Waste Policy was designed to set the direction of Australia’s waste management and resource recovery from 2010 to 2020. It has several goals including the reduction of waste and ensuring that waste treatment, disposal, recovery and re-use is environmentally sound.

Retailers Harvey Norman and The Good Guys adopted NTCRS and take back e-waste at selected locations.

The EIU report recommended that Australia adopt the approach taken in Japan and California where there is a greater focus on recycling consumer electronics – such as smartphones – and shared responsibility for e-waste by consumers, retailers and government.

“In Japan, consumers do not have to pay a fee when recycling smaller e-waste, as they do for larger items. Meanwhile, in the US state of California, consumers incur an advance recovery fee. This fee is paid when buying devices such as TVs and laptops,” the report said.

Commenting on the report, ANZRP CEO Carmel Dollisson said that local governments in Australia should work towards driving policies that encourage people to recycle consumer technology while more retailers could collect e-waste at their stores.

“Some states and territories do a better job [with e-waste] than others. For instance, South Australians are great recyclers – they have a zero e-waste to landfill ban,” she said.

“We’d love to see a clearer role for local government because when people need to get rid of rubbish, they immediately think of their local transfer station. People will only take product to where it’s easy and convenient.

"That’s the benefit of the overseas schemes where they have mandated that retailers need to provide collection points and every local municipality must provide a collection point.”

ANZRP would also like to see the NTCRS scheme expanded to include the recycling of mobile phones, home theatre products such as set top boxes and wearable devices, she said.

In addition, Dollisson said there needs to be campaigns aimed at consumers about giving older technology to a relative or taking the product in for responsible recycling.

“It’s getting people to understand the logic that these products contain precious metals such as gold. If you take it in for recycling, it’s many times cheaper to recover the precious metals and put it back into the production loop.”