Annual meetings planned ahead of 2020 Olympics in Tokyo 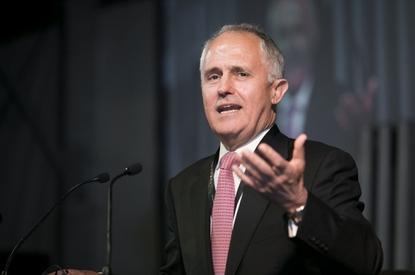 Communications Minister Malcolm Turnbull met on Friday with a Japanese delegation led by Yasuo Sakamoto, vice-minister for policy coordination (international affairs) of the Ministry of Internal Affairs and Communications of Japan. The dialogue was a one-day meeting held at the Sydney office of the Department of Communications.

The ICT policy dialogue, expected to be the first of many, was initiated through a bilateral meeting in April last year between Turnbull and the former Japanese minister for internal affairs and communications, Yoshitaka Shindo. It was formally established by Prime Minister Tony Abbot and Japanese Prime Minister, Shinzo Abe on 8 July 2014.

The meetings have been timed to occur ahead of the 2020 Olympics and Paralympic Games in Tokyo.

The high price of international mobile roaming was a key topic at Australia and Japan’s first ICT Policy Dialogue.

“Thousands of people travel between Japan and Australia every year and the dialogue recognised that there are substantial benefits to tourists and business people from international mobile roaming rates that are transparent and reasonable,” according to a joint statement by Australia and Japan’s communications departments.

“Japanese and Australian representatives will explore opportunities for consumers to benefit from lower mobile roaming costs between the two countries focusing on data, particularly in the lead up to the Olympic Games being held in Tokyo in 2020.”

Other topics included international cooperation on Internet governance; the use of ICT in health, aged care, disaster risk reduction and critical infrastructure protection; privacy and data protection; and the Australian Government’s recent announcement of the Digital Transformation Office.

“Japanese and Australian representatives concurred they will strengthen their cooperation in these various fields of ICT,” said the joint statement.

The parties agreed to further discussions, including on some of the specific issues raised at Friday’s meeting, said a spokesperson for the Department of Communications.

“It is likely that the ICT Policy Dialogue will be held on an annual basis – the timing of the next Dialogue is being considered by both countries.”