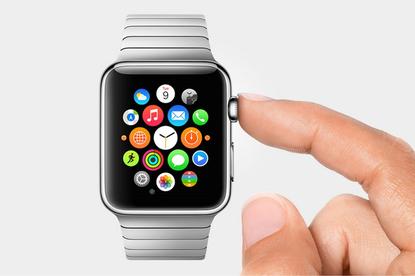 The Australian smartwatch market is set to exceed $400 million by 2018, according to Telsyte.

Only about 370,000 smartwatches were sold in 2014, with Samsung the market leader, but the market will grow by at least 50 per cent this year due to the launch of the Apple Watch, the analyst firm said in its Smartphone and Wearable Devices Market Study 2015.

To gain traction, smartwatches need to break through a mature market for watch jewellery, in which about 40 per cent of Australians wear a watch almost every day, Telsyte said.

“Notwithstanding the challenges, smartwatches have the potential to disrupt the traditional market as people consider wearable devices an extension to their smartphone and apps they use for fitness and communications,” it said.

Telsyte analyst Foad Fadaghi said the release of new smartwatches – and a little more style in the design – will spur greater adoption, and there’s a big opportunity in 2015 to reach consumers between the ages of 25 and 44.

“There is a lot of anticipation for the Apple smartwatch and our research indicates half of all smart fitness band users are looking to upgrade to a smartwatch, creating a potentially vibrant new product category,” Fadaghi said.

Consumers most value ease of use, pricing and battery when choosing a smartwatch, but many current smartwatches have short battery life and limited unique usage scenarios, Telsyte said.

According to the Telsyte research, the top three most requested applications for a smartwatch are telling the time and date, alarm clock or reminder alerts, and reading messages including email.

Smartphone sales in the second half of 2014 fell below Telsyte expectations by 10 per cent, the analyst firm said. There were 5 million smartphones sold in the half.

Even so, Apple gained market share due to a strong launch of the iPhone 6 and 6 Plus – with 1.3 million units sold – and the spread of hand-me-downs of older iPhone models, it said.

“The durability of handsets and the hand-me-down phenomenon is impacting the market, along with a flood of second-hand iPhones cutting into sales of mid-tier Android handsets in the second half of 2014,” said Telsyte analyst Alvin Lee.

However, Lee predicted Android will regain share in 2015 as the Android-users upgrade cycle recommences.

For the survey, Telsyte used financial reports by mobile manufacturers, carriers and channel partners, interviewed executives from around the mobile market and conducted an online survey of a representative sample of Australians aged 16 and older, with 1009 respondents in January 2015.