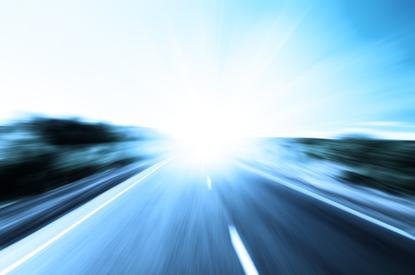 Got 4G and still not satisfied with the speed? Telstra has revealed it will launch 5G services in “around 2020".

Telstra announced a partnership with Ericsson to work on the still developing 5G standard and conduct lab- and field-based testing.

“A 5G world is rapidly moving from concept to reality,” said Mike Wright, Telstra Group managing director of networks. “The earlier we start on the development and integration of the ecosystem into our current network operations, the better the outcome for our customers.”

However, 4G LTE is far from finished, and Telstra also laid out a roadmap for further upgrades to its wireless network.

Telstra plans to deploy an LTE-Advanced (LTE-A) Category 9 network in selected capital CBDs by April. The network is theoretically capable of speeds up to 450Mbps, however compatible devices won’t be available until later in the year.

Telstra has partnered with Ericsson and Qualcomm for the upgrade, which the telco claimed is the world’s first 20+20+20 MHz three-band carrier aggregation.

“We are working with a range of device manufacturers to release LTE-A Cat 9 compatible devices, and anticipate the release of a Netgear hotspot device later this year,” said Wright.

“In addition we’re in discussions with a range of smartphone manufacturers about bringing Cat 9 handsets to Australia with the first expected to be on market as early as the end of 2015.”

Also, Telstra plans to deploy LTE Broadcast (LTE-B) technology across the 4G network by May this year. This will be followed by commercial trials and a full customer launch later in 2015, the telco said.

In January 2014, Telstra conducted a stadium trial of LTE-B, which is a wireless standard that allows it to broadcast one video stream to multiple people at the same time. The approach, which is similar to how TV stations send traditional broadcast video, is more efficient than the current method in which video is streamed separately to each customer.

“Following very successful closed trials of the technology, most recently at the Melbourne Cup Carnival, our LTE-B technology has matured to a point where it’s time to share the benefits with our customers, with full integration of LTE-B functionality to be completed in May,” said Wright.

“From May we will be progressively enabling permanent LTE-B channels at key venues and major events, initially for testing and then for customer access on compatible devices later in 2015.

"Once launched, customers with compatible devices will have access to dedicated high quality content to complement their event experience, in addition to effectively managing network performance for broader use. We will also be enabling LTE-B capability across the wider 4G footprint.”

Telstra said many of its devices are already capable of supporting LTE-B, and in many cases software downloads will enable access to this form of transmission.

Telstra also said it will deploy Voice over LTE (VoLTE) across the 4G network by April, with a full commercial launch later in the year. VoLTE provides faster call connections on compatible mobile phones.

“Following successful network trials of VoLTE and [Video calling over LTE (ViLTE)] during 2014 and the implementation of Single Radio Voice Call Continuity, customers will soon be able to make a call using our 4G network layer and when needed, seamlessly transition from the 4G to 3G layer of the network with no interruption and retain the same level of call quality they experience now,” said Wright.

“Once we have introduced VoLTE across the network, we will also expand testing to quality controlled video calling (ViLTE) and also [Voice over Wi-Fi (VoWiFi)],” said Mr Wright.

Vodafone announced last month it had completed its own trial of 4G VoLTE voice calls.