'Competing smartwatch makers have to be breathing a sigh of relief,' says Forrester's James McQuivey 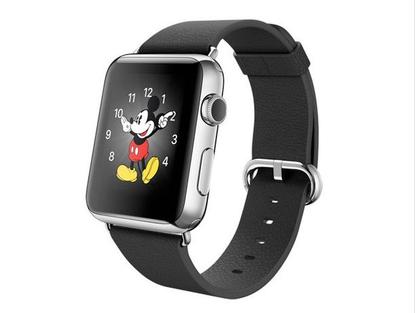 Analysts have had mixed first opinions on the Apple Watch following its launch overnight.

Apple announced that its first smartwatch will launch April 24 in Australia with a starting price of US$349. The launch is expected to drive more smartwatches into the enterprise.

While analysts said the much-hyped smartwatch has the fashion and brand appeal to be a success, they said it lacks unique features or apps compared to other smartwatches on the market and suffers from some of the same problems the other devices do.

The biggest failing of the Apple Watch is that it lacks a unique set of use cases, according to Ovum analyst Ronan de Renesse.

“It will not have a significant enough competitive edge versus Samsung, LG and Sony,” he said.

“Cheap design copycats will successfully thrive, especially in China where it is set to launch on April 24th. Its comparatively high US$349 entry-level price point will be more difficult to sustain.”

The Watch does not appear to revolutionary in the way that the iPhone and iPad were, he said.

“Apple will have to go beyond just a great design and materials if it wishes to take the Apple Watch to the mass market and convince iPhone users who don’t wear a watch to wear one. While the iPhone and the iPad redefined their respective device segments when they launched, the Apple Watch will not play that role.”

Forrester analyst James McQuivey largely seemed to agree. "Competing smartwatch makers have to be breathing a sigh of relief,” he said.

"Samsung and Motorola don't have to worry that Apple has leapfrogged them in many functional ways -- the Moto 360, for example, already does most of what Apple showed today, though sometimes the user has to go looking for those features."

Even so, he predicted Apple would still outsell competitors due to a combination of a strong brand and the device’s fashion sense.

“Who should really be nervous is the top end of the luxury watch market – not because today's Rolex buyer is going to buy an Apple Watch Edition for thousands of dollars, but because tomorrow's Rolex buyer may never materialise, having been thoroughly trained to believe watches should be as useful as they are beautiful."

The battery life of Apple’s smartwatch could be a deal breaker for some consumers, said Telsyte analyst Rodney Gedda.

“Apple’s promising all-day battery life, but is that going to be enough for a wearable?” asked Gedda.

Consumers have been conditioned to expect the battery on their watches to last for years, he noted.

“If Apple can get to the stage where it can promise one charge a month, it will probably have a lot more success with people that have that expectation with a watch.”

However, the Apple Watch looks a winner when it comes to fashion, he said.

“It definitely has the marketing clout of Apple and the style appeal,” he said. Many existing smartwatches are “ugly black squares” but Apple has spent a lot of money on making the Watch a device people “want to have,” he said.

“There’s no reason it won’t be a success because of that Apple pull factor.”

He added that Apple has historically been good at taking existing technologies and improving their usability – as they did with MP3 players and phones.

While a major feature of the Apple Watch is contactless payments through Apple Pay, Ovum analyst Eden Zoller said she has her doubts this form of payment will catch on.

“The prospect of wearables, smart watches or otherwise, becoming a mainstream platform for m-commerce is debatable,” said Zoller.

Apple Pay is not yet available in Australia.

“The most immediate problem is lack of scale, not helped by steep price points and a perception among consumers that wearables are still novelty products. Wearables are a challenging environment for developers as the market is fragmented, while wearables present completely new form factors and usage scenarios.”