The Upload: Your tech news briefing for Tuesday, March 17 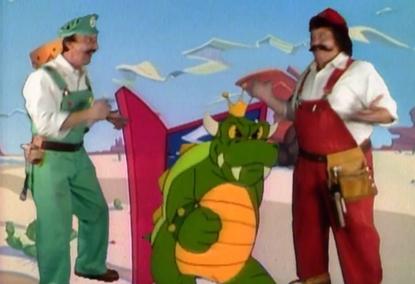 Is anybody ready for more of this?

Game console maker Nintendo sees the future in mobile devices: it has tied with mobile powerhouse DeNA to develop games and set up a global membership program. While the two will develop all-new games, look for popular characters like Super Mario to pop up on smartphones.

Sparks to fly in Senate over tech visas

A U.S. Senate Judiciary Committee hearing Tuesday is likely to get contentious: its subject is the controversial H-1B visa program, and both critics and supporters will testify. The tech industry is lobbying for the I-Squared Act, which would increase the number of visas available to 195,000, but some Senators see the program as hurting American workers.

Apple said to be planning an online TV service

Apple wants to launch a 25-channel online TV service later this year, the Wall Street Journal reported. It would include the major US broadcast networks and be available on Apple devices.

Members of the European Parliament are in Washington, D.C., this week to discuss mass government surveillance and privacy. Revelations by former NSA contractor Edward Snowden about government spying spurred greater E.U. scrutiny over how the U.S. handles data protection, and threatened the renewal of the so-called Safe Harbor deal that regulates the transfer of Europeans' personal data to the U.S.

Americans' use of the Internet largely unchanged after Snowden leaks

Americans have not made major changes to better secure their activities online, despite revelations of government surveillance, according to a Pew survey. Internet users have made some small changes to their activities, like altering their privacy settings on social media or uninstalling certain apps. But many more have not made bigger moves, like using privacy oriented browsers like Tor, anti-tracking browser plugins or messaging with encryption.

Microsoft wants to help organizations set up and run Internet of Things implementations by providing a set of integrated Azure cloud services. The Azure IoT Suite could be particularly helpful in applications involving asset management, remote monitoring, and preventive maintenance. The suite, launched at Microsoft Convergence this week in Atlanta, will be available in preview form by the end of the year.

Yahoo's on-demand passwords are no replacement for two-factor authentication

In an effort to simplify security, Yahoo has introduced a mechanism that allows users to log in with temporary passwords that are sent to their mobile phones. It's more secure than a regular password, but it's not a true two-factor authentication system, where users need to provide one-time codes as well as static passwords. Yahoo does provide two-factor security, so if you're using it, best not to change.

In the cybersecurity equivalent of finding that one key will open 28,000 homes, researchers scanning the Internet to see how many servers and devices are still vulnerable to the Web security flaw known as "FREAK" found massive overuse of encryption keys. In the worst case, the group from Royal Holloway of the University of London found 28,394 routers running a SSL VPN module all use the same 512-bit public RSA key. And of the 2.2 million hosts still vulnerable to FREAK, the researchers found 664,336 had duplicate keys. The danger is that an attacker could factor just one, 512-bit key and then potentially decrypt traffic exchanged by all the devices that use the same key.

Apple's move to a single USB plug for power and data on its newest MacBook could put users at a security risk, warns the Verge's Russell Brandom.