Qantas gets on the Apple Watch 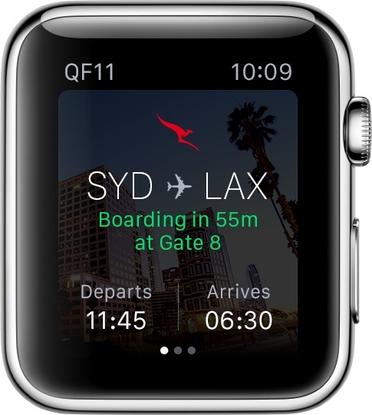 A mockup of the Qantas app. Photo credit: Qantas.

Qantas has unveiled a free app for the Apple Watch ahead of its launch in Australia on April 24.

The app will alert customers about gate changes, which carousel to collect their baggage from and details about their journey.

In addition, customers will be able to view waiting times in transit airports, lounge access and frequent flyer information.

Qantas executive manager of customer and commercial, Steve Limbrick, said that if a customer’s iPhone is in their pocket, they can simply check their Apple Watch to see the same information.

“We are excited to be adding this technology to the other innovations we have launched such as Auto Check In which allows customers on our domestic services to check in via SMS.”

Apple Watch has a starting price of US$349.