DARPA considers GPS unreliable, as it isn't always available and signals can be easily jammed 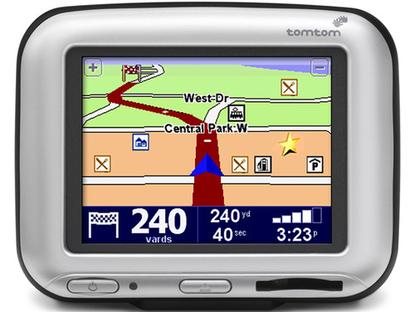 The Defense Advanced Research Projects Agency is developing "radically" new technologies to deliver a more advanced position- and navigation-tracking system that is more reliable and accurate than GPS, according to a document on DARPA research projects posted on Thursday.

DARPA -- which is a part of the U.S. Department of Defense -- thinks that new real-time positioning technology would give the U.S. military an advantage over rivals. GPS technology has provided a strategic advantage, but it isn't foolproof, as it can be jammed by opponents or also be inaccessible in some parts of the world.

"The need to be able to operate effectively in areas where GPS is inaccessible, unreliable or potentially denied by adversaries has created a demand for alternative precision timing and navigation capabilities," DARPA said in the document.

Beyond the military, GPS has had a significant impact on individuals, business and economies. GPS has helped deliver customized content and services to mobile users, and also helped in the timely delivery of goods. But GPS isn't flexible, and DARPA wants to make its alternative more flexible and customizable with the help of algorithms.

New types of self-contained instruments are under development that could better track position, time and direction of motion, which are critical aspects of GPS. DARPA is developing high-precision clocks, self-calibrating gyroscopes and accelerometers, and high-precision navigation instruments that can track position for long periods without relying on external sources.

DARPA is also researching new technologies that could make real-time tracking possible through a number of sources. DARPA is developing sensors that "use signals of opportunity" such as television, radio, cell towers, satellites, and even lightning, for real-time tracking. The effort, called ASPN (All Source Positioning and Navigation) alleviates issues related to fixing locations in buildings, deep foliage, underwater or underground, where GPS access can be limited.

The ultimate goal is to develop a compact navigation system that could be given to soldiers, put on tanks or implemented in guidance systems. For that, the sensors and circuitry have to be shrunk down and designed to operate within a certain power consumption limit.

DARPA is no doubt keeping in mind early GPS receivers, which in the 1970s were sized like "50-pound manpacks," but were reduced to battery-operated receivers the size of a cigarette pack by 1991. GPS receivers are now tiny enough to be integrated in microcircuits thanks to manufacturing and technology advances.

But the advances don't mean GPS will go away anytime soon. DARPA's research typically takes years or even decades to turn into actual products, and the U.S. military will likely have first dibs on the GPS alternative before the technology reaches everyday users.