Apple Watch version on its way 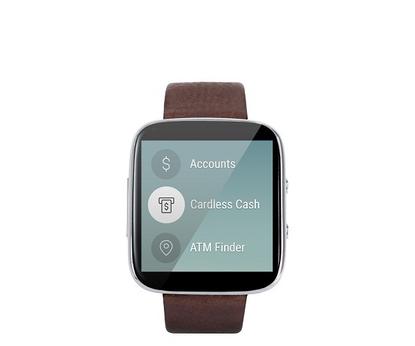 A mockup of the CommBank app on the Apple Watch.

The Commonwealth Bank has begun customer tests of a version of its mobile app designed for Android smart watches. The CBA has revealed it also has an Apple Watch app under development.

The Android app, which will be available on Android 4.3 devices, is currently in pilot for customers. The Apple Watch version launch date is yet to be announced.

“Once the Apple hardware arrives in Australia and we have fully tested the app we will announce a launch date,” said a CBA spokesperson.

The CommBank app for smart watches will include an ATM locator and Cardless Cash which allows registered app users to withdraw up to $200 once a day using a smartphone or nominate someone else to transact on their behalf.

According to CBA executive general manager of digital channels, Lisa Frazier, 65 per cent of customer logins come via the CommBank app every year.

“Smart watches represent the next exciting generation of personal mobile devices. We are at the start of a new way of banking and together with our customers’ passion for mobile and cardless banking, we will lead in developing ways to fully leverage the capabilities of smart watches,” she said in a statement.

CBA is not the only Australian company getting ready for Apple Watch.

In March, St.George’s CIO, Dhiren Kulkarni said the bank is working on an app for the Apple Watch.

"It’s worked well for us in the past with the Samsung Gear 2 and Sony Smartwatch 2, and we’re confident we’ll be the first to roll out a mobile banking app for the Apple Watch," he said at that time.

A St.George spokesperson said it was still working on the app and would have a release date in April.

Last month airline Qantas unveiled a free app for the Apple Watch ahead of its launch in Australia on April 24.

The app will alert customers about gate changes, which carousel to collect their baggage from and details about their journey.

Supermarket chain Woolworths has developed an Apple Watch app that will be available when the device launches.