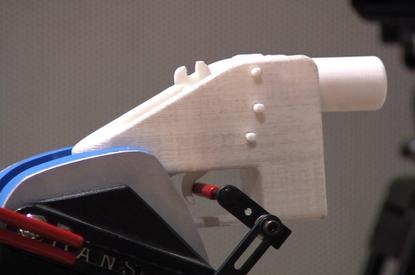 A report from the Senate's Legal and Constitutional Affairs References Committee on the ability of law enforcement agencies to deal with gun violence has recommended the federal and state governments look into uniform regulations covering 3D printing of firearms.

However, in a dissenting report a majority of the senators who participated in the hearings of the inquiry argued that existing laws were adequate for dealing with the issue.

“The invention and expansion of 3D manufacturing means that the production of firearms in this way is now a reality,” the committee’s report argued.

Although the use of 3D printed guns in crimes in Australia “appears at present to be negligible”, there are potential challenges for law enforcement, including the difficulty of detecting them and the ease with which they can be disposed of.

“It seems that current laws pertaining to firearms would apply equally to 3D printed firearms and firearm parts,” the report notes.

However, it noted evidence from the Law Institute of Victoria about inconsistencies across different Australian jurisdictions when it comes to the regulation of the registration of firearm parts and the manufacture of firearm parts, as well as the “rapid changes” taking place in 3D manufacturing.

As a result, the committee “recommends that uniform legislation regulating the manufacture of 3D printed firearms and firearm parts be introduced in all jurisdictions.”

The dissenting report by the conservative senators who participated in the inquiry argued said that although they agreed with the recommendation for ongoing monitoring of the situation, there is no need yet for additional laws to deal with the production of guns using 3D printers.

A recommendation that all senators agreed on was that the government should continue to monitor the risks posted by 3D printed guns.

The inquiry's report noted the dangers of over-regulation of 3D printing.

"The committee ... does not accept that banning the individual use of 3D printers or introducing a character test for ownership is either necessary or practical," its report states.

In February police in Queensland seized plastic 3D-printed gun parts during a raid.

“With weapons and parts manufactured this way still being classified as a firearm under current legislation, people can also see themselves before the courts for manufacturing and possessing these items,” Detective Inspector Scott Knowles of the Queensland Police Service’s Major and Organised Crime Squad said at the time.

The most famous design for a 3D-printable gun is the ‘Liberator’ developed by US non-profit organisation Defense Distributed. The US government forced the removal of the schematics for printing the gun from Defense Distributed’s website, but they can still be obtained through filesharing sites.

Two years ago NSW Police warned of the potential for Liberator pistols to catastrophically misfire.