Westpac, Aus Post, Qantas some of the big names to release apps 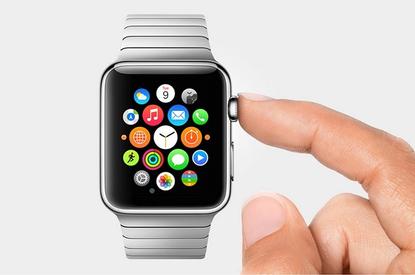 The Apple Watch has officially begun shipping in Australia today and already there are a plethora of apps for the device. Here’s a roundup of some of the apps released or in development.

Qantas announced its app last month. The app will alert customers about gate changes, which carousel to collect their baggage from and details about their journey.

In addition, customers will be able to view waiting times in transit airports, lounge access and frequent flyer information.

The Woolworths app finds the nearest supermarket and its hours, sorts the shopping list by aisle and lets the customer check off items as they collect them.

Westpac and its subsidiary St.George have apps ready.

Westpac’s app will provide customers with information about where to find their nearest ATM or branch and a Get Cash code. Get Cash allows customers to withdraw cash from a Westpac ATM without a card.

In addition, customers can use the app to receive travel notifications at the airport and to advise Westpac of their travel plans prior to heading overseas.

Meanwhile, St.George’s app will include Quick Balance- which allows customers to view up to two account balances- and an ATM/branch locator.

Earlier this month the Commonwealth Bank of Australia (CBA) said it has an Apple Watch app under development.

“Once the Apple hardware arrives in Australia and we have fully tested the app we will announce a launch date,” said a CBA spokesperson.

Australia Post customers will be able to view parcel delivery information and track their parcel using the company’s app. Users can also open parcel lockers by scanning a QR code on their watch.

For flights, the app presents departure and arrival times, gate numbers and terminals. For hotels, it shows check-in and check-out times, maps, directions and phone numbers.

The app is designed to help customers keep track of their finances.

This app includes details about shows on Australian TV including free to air channels. The user can check in, add TV show favourites or set up reminders.

The Invoice2go app prompts the user start tracking time once they arrive at a worksite so their records are more accurate. The user can also modify work times, send an invoice and receive a notification when they've been paid.

The app can be used to find Realestate.com.au properties open for inspection or auction. People can make voice memos of property notes, and access them from any iOS device. After an inspection, the real estate firm asks whether they want to keep or remove that property from a saved properties list.

TripView lets people view schedules for their next five saved train trips in Sydney, along with details such as platforms, lines and interchange stations.